The KLF, new drawings and stuff. 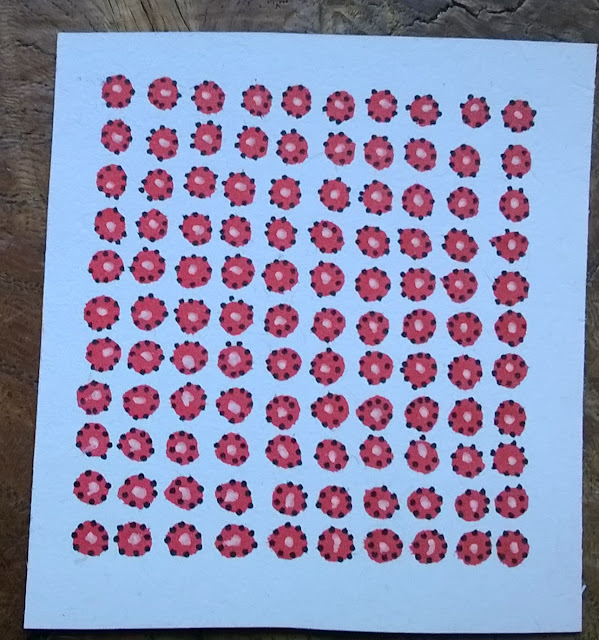 Above and below are two drawings I completed last night in my drawing session, one is quite little an the other is a little bigger. Both are done using sharpies uni-pin and a white gel pen. 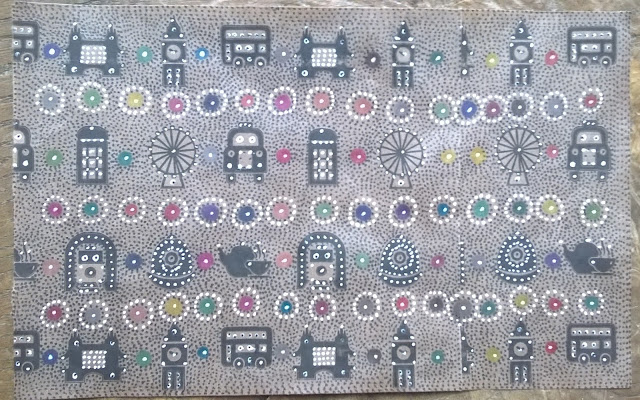 Today I have had no time to draw but I will put that right later. My wife has found an outsider art exhibition I can put work up for in London so I must do that before the 18th January. I am wandering what to put forward, although I have never been quite down with the term outsider art for what I do but quite a few people I know think it partially sums up what I do. As I have said before I have had no formal art training but I did piggy back my wife's art degree, whatever that counts for. So I think I have to accept that as a possible way to describe what I do. On the other hand maybe I do think of myself as a bit of an outsider artist as I was excepted onto a website to help non-trained artists get more out there and you can find some of my work here http://outsidein.org.uk/Bobby-Wotnot.

Today after 5 hours working on our marketing I engaged with social media and found a video that had been uploaded by The NME website that seemed to be from The KLF, Bill Drummond and Jimmy Cauty's acid/ambient art band. Back in the day I enjoyed almost everything Bill Drummond touched, from his early record label ZOO which featured loads of good punk and post punk bands and there interesting people all seemed to have artistic integrity and fine ideas. Bill went through the mid 80' as an AR man but ended up with Jimmy Cauty, Youth from Killing Joke, Alex from The Orb amongst others, all playing around with ambient soundscapes and Acid House this lead to many things and one of my favourite albums ever Chill-Out by The afore mentioned KLF. They burnt very brightly and then exited the pop music scene and delved deeper into an outsider art scene. They formed The K Foundation and vowed never to record again although that wasn't strictly true but japes past they gave an art prize to the 'worst artist of the year' and it turned out to be the same artist that won the Turner Prize that year Rachel Whitread won it and got £20,000 for it too. The K Foundation took it upon themselves to offer £40,000 for the worst and handed it over. Apparently when it was counted it was a few grand short and the had to make it right. Oh the merry parnksters!

The next thing they did was take a million quid up to The Isle of Arran and burn it, Bill has been involved with some mad capers in his time but they are always interesting, too many to mention here. I did meet the man once and after doing an arts workshop in a prison had lunch, all very banal but interesting. He has written some great books on his own and with others, The Manual (How to Have A Hit Record), 33, 45, The 17, How to be an Artist are some of the best. A fascinating man with a fascinating journey. THis is without say much about Jimmy Cauty who drew the Lord Of The Rings poster and I think The Glastonbury one for Athena the poster people at the time. He went on to do many art projects himself including and 'sound' tank weapon, well it was a rumour. Watch both the people they always do interesting things but when they come together they can burn very brightly. I for one would/will be very interested in what happens next.