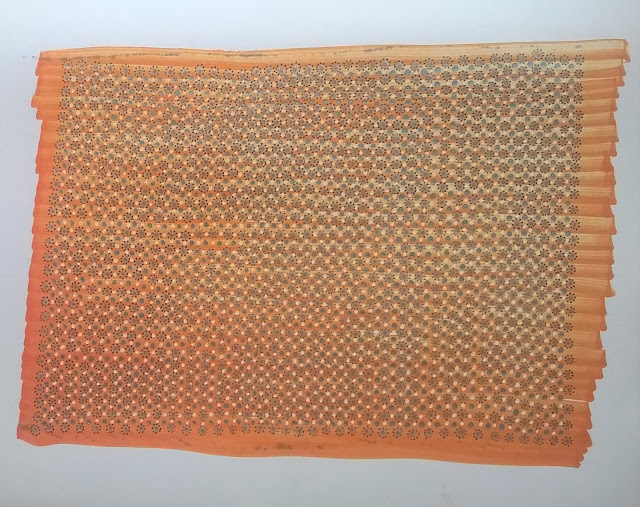 Above is one of the two drawings I finished yesterday I have also continued work on Blackstar/Starman. The orange one above I am quite pleased by its subtlety, a quiet, busy drawing. Completing it has enabled me to go on to starting my new sketchbook, which I am treating as a sketchbook but also as a whole work. 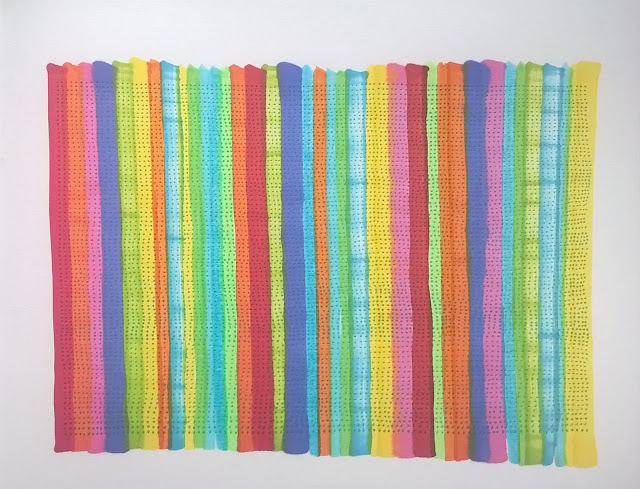 Above is the opening drawing from my new book, I do not really read anything into my drawings unless it is an obvious vision, so I do not know what to think about this one except it is quite a jolly drawing.

We had a little excursion out around town earlier, whilst the weather was a bit damp the light, oh yes the famous St Ives light.... I had forgotten my phone was still charging so I have no picture action to show but enough to say it was a dull/bright scenario, misty but with a partly grey and turquoise sea, gorgeous and moody. The Bank Holiday has certainly brought a lot of people into town, there seemed to be a lot of Spanish people around today, when last week in lesser numbers it seemed to have a Dutch tinge.

Last night on the television there was a program about Joy Division, still a band that I can never get over. They still mean so much to me whenever I hear them and when seeing footage of they're brooding intensity I am still touched and astonished. They worked as such an on the edge force and brought lots of new angles and tones to music in the late 1970's and 1980. The legacy of two studio albums a few singles and tracks on compilations amount to so much more than many bands have left ud for posterity. Art wise the work that Peter Saville brought to Factory Records and Joy Division define and age perfectly.