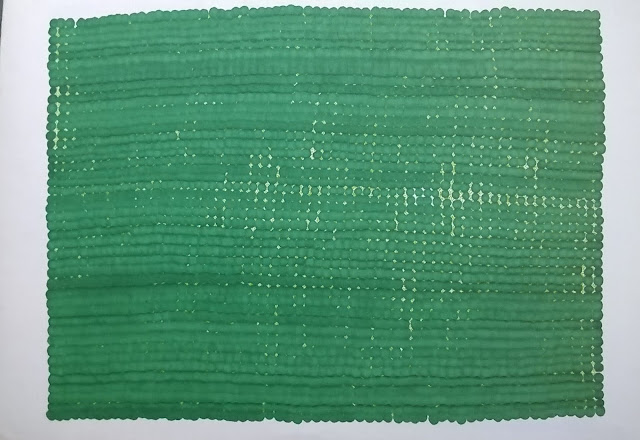 Above is a bold but subtle drawing, if you know what I mean. Big bleeding dots of green with much smaller dots in between. I just really enjoyed the way the ink spread out after putting the nib of the marker on the paper. 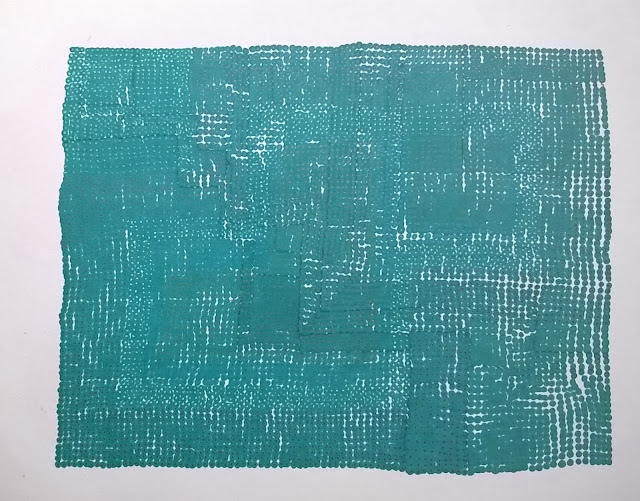 Above also from the same series of drawings. I was obviously exploring 'green' at the time, bold but subtle one with different coloured metallic ink dots in the middle of each green dot. 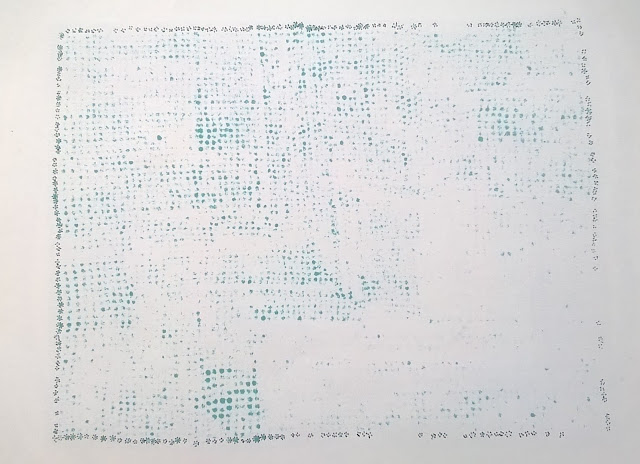 Above is the final conclusion just adding a few extra dots around the outside where he ink had bled through from the previous drawing. 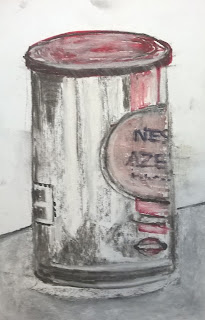 Above is one of the charcoal based drawings that one of our regulars did at our 'Drop In And Draw' which is held every Monday morning at The Barnoon Workshop. This week I led the group and we even added an extra chap Duncan from Canada. We had a nice couple of hours chatting and drawing, a lovely little session. www.barnoonworkshop.co.uk.

If you wish to explore some of my other drawings I put some of them up on www.saatchiart.com/bobbywotnot If you would like a free download of a piece of music i did a few years ago. http://rashrecords.co.uk/track/vermillion Vermillion was a track that had started out as a chill-out track that I wrote when I was a DJ. I used to do the chill-out room for such rave organisations as Dreamscape and Helter Skelter among others. A few years later I did a shorter edit of it and started using as the opening to my sets. I had been making some music which became an album 'Front Room Laptop Drama'. In the run up to that we provided the music for an opening night of my now wife's exhibition 'Paint Lust'. Just before we started our set my singer Lee Vernon now of Pearl Handled Revolver said 'I've got some lyrics for that chill out track that we start with, can I try them out' I said 'yes go for it' The vocal poured out fully formed like some post modern eletronica blues. If you fancy it use the link and get a free track.
Posted by Unknown at 16:48