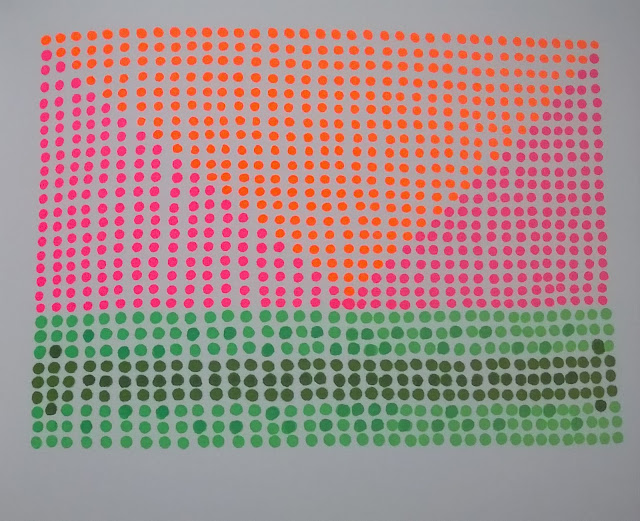 Above is the first in a series of drawing I started last night and thought I had finished and indeed most of them were complete.  I like the bold single dot image of the first. 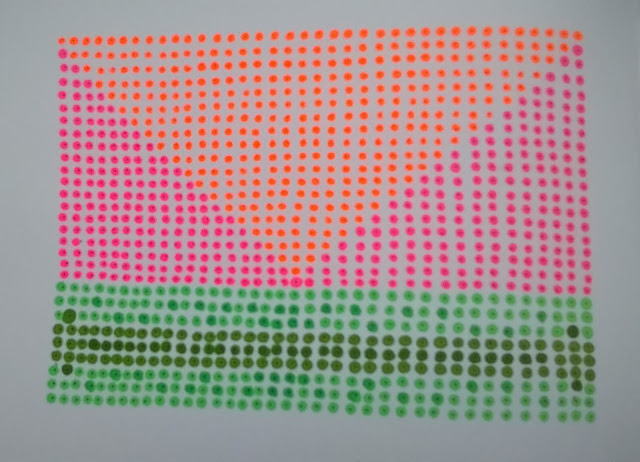 Above is the second in the series, it is the first bleeding narrative with an added dot on dot. 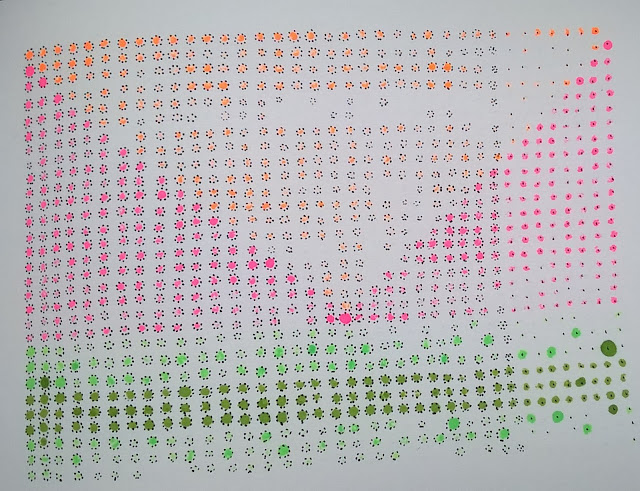 Above is the third in this series, so as the initial dots fade, more had to be added but not all the same. 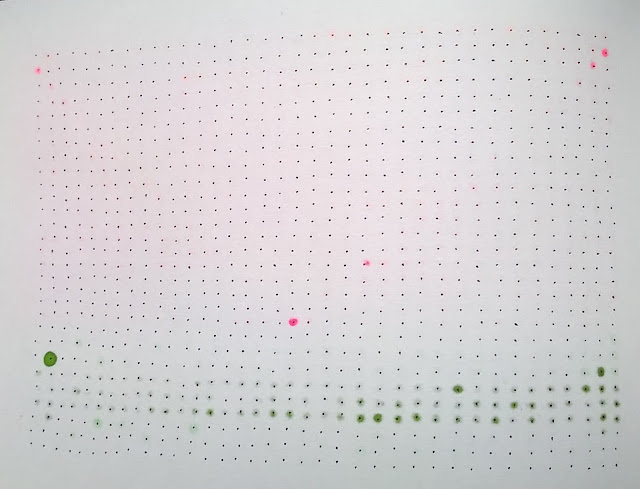 Above is the forth in the series, most dots barely visible so added highlighting dots, oh how my mind works, this was finished today in between things at Barnoon Workshop where we had a make and take session and a few people we had seen last year pitched up and a new American family who have just moved into town.

I spent quite alot of the day running around picking up fired pottery and getting the unfired stuff near a kiln ready for firing at 54 Lemons, the new pottery cafe in town, run by Michaela Wrigley who used to do our pottery classes.

At the end of the day we had a little sit on the roof at the Pedn Olva before returning home.

I was also informed that there was a Sun Fish in the Harbour but sadly we missed the sight.

Over the last day or so myself and my wife, Zoe Eaton have been thinking of writing a kids book, this has come from inspiration from Tammy who became a fixture at the workshop on her family holiday, she is an author on a mission, ten book in and encouraging others to start writing and illustrating they're own work. So we are officially plotting as well as drawing. So tonight I will be drawing, having a couple of ciders and trying to get a hazy plot into view.