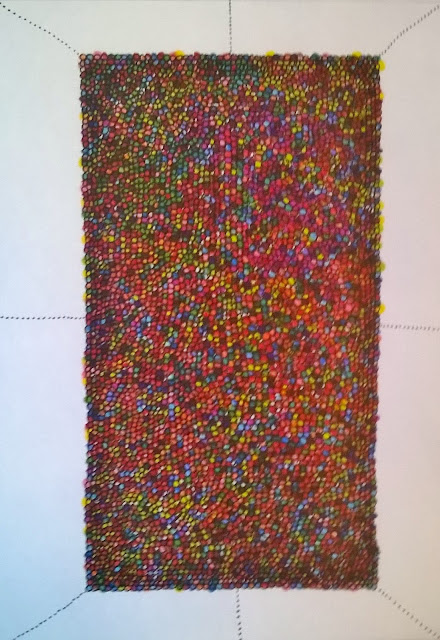 Above is the drawing I have been working on over the last few drawing sessions and last evening whilst watching 'You Know Who You Are' A Spanish crime thriller which is pretty damn good by the way, I managed to finish it. 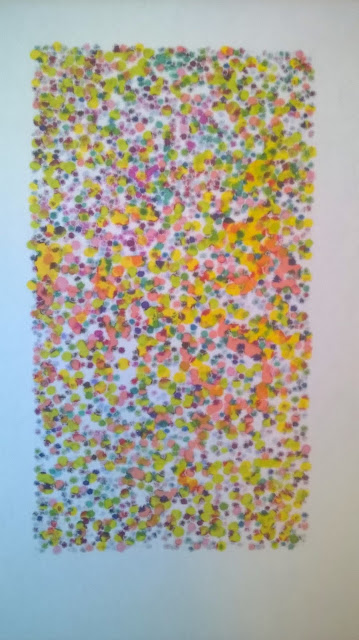 Above is the bleeding narrative version from the reverse of the cartridge paper. 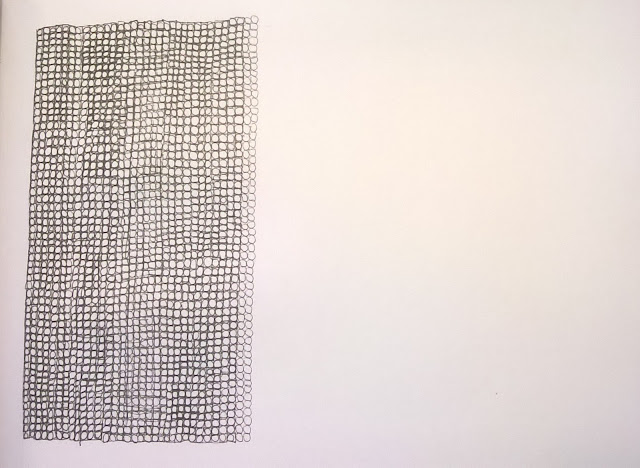 I have had little time to keep on with the drawing above in my new whole sketchbook work but I manage to add a bit each day and this is the drawing I will continue to work on later. 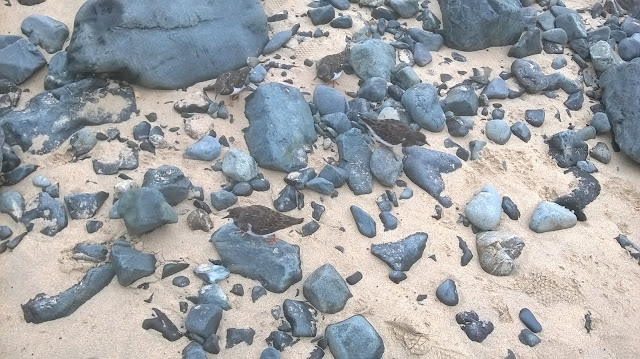 Today for me was one of being out and about for a couple of hours or so, so after going to pick some stuff up at Pick Pretty Paints in the Sloop Craft Market and had dropped them off at Barnoon Workshop, I then went into town. I distributed a few more leaflets and then went to get some beach finds, as I picked up sea glass and pottery I was followed everywhere by these feathery friends, Turnstones running everywhere on my trail to see if I was dropping any food stuffs. 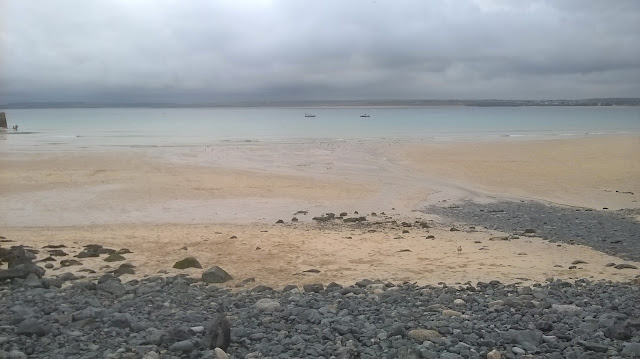 I then headed off to the Arts Club, which was shut and then when I started heading up to The Guildhall I bumped into Dhyano who is a local character, musician, comedian and sound artist. I had just seen his poster below and he invited me to perform as a sound artist too. We shook hands and I thanked him for the invitation for a small slot in what looks like an interesting event with an interesting bill too. 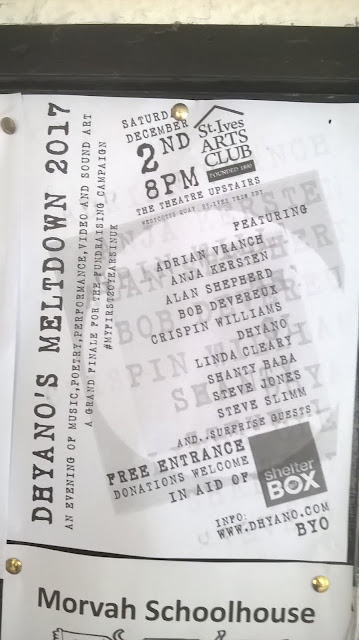 I have no idea of what I will do if I can find the time to work on it, I hope I do. It has been a while since I performed and probably three years or more since my last appearance there supporting Shanty Baba on one of his Victorian Puppet Theatre nights, he was wonderful that evening.

Well soon I am off to draw as is my want and probably need after so many years of trying to fit art into life.
Posted by Unknown at 20:44