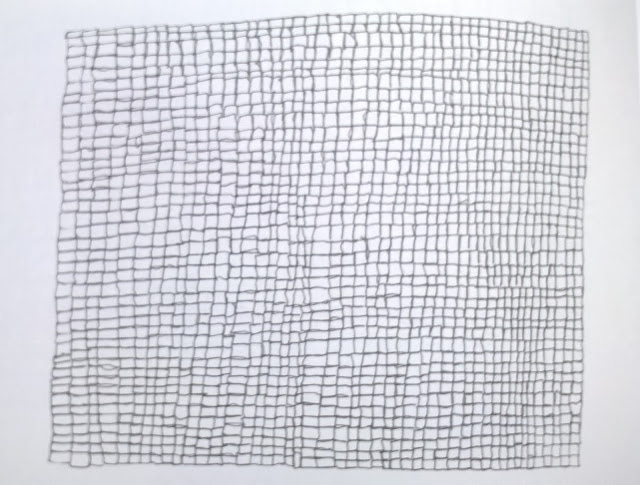 Above is a new drawing I embarked on last night so it looks as though it could be finished but I have a feeling that I might add a bit more later. 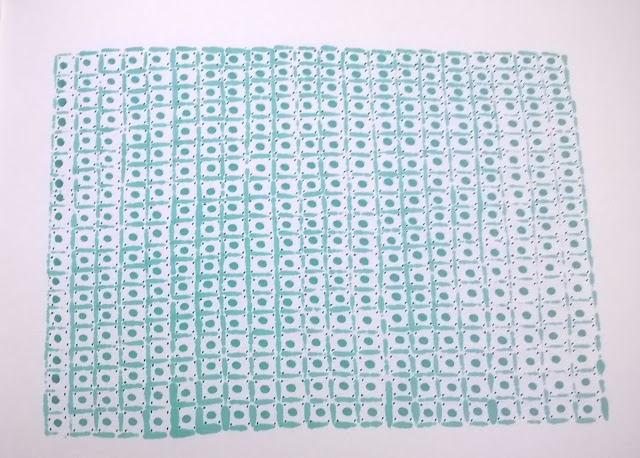 Above is a drawing I remixed so to speak last night as part of my review of my nearly finished whole sketchbook. 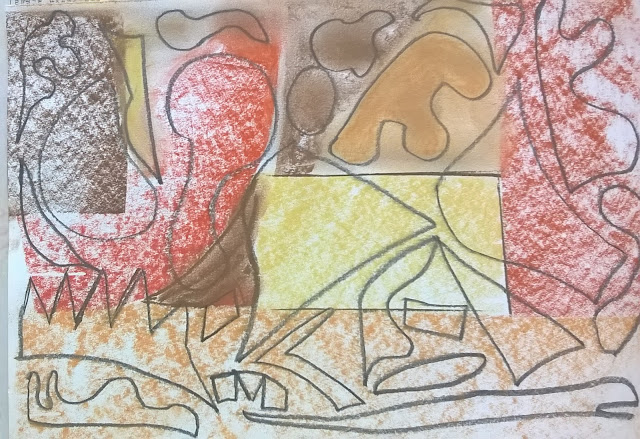 Today I had a morning workshop to do which was an Abstract Drawing session. I had three on the class and I believe we all had fun. I took my students through an introduction to abstraction and led them into some exercises. Above is was produced by making a drawing with 'never the same shape' and then later we coloured in one of our previous drawings.

Below is the larger scale drawing I produced towards the end of the session. I really enjoyed using the new sepia shades compressed charcoal which I tend to only use these types of charcoal when I am teaching as it takes me away from the materials I would normally use but also because they give a good covering and I can finish an idea quite quickly. 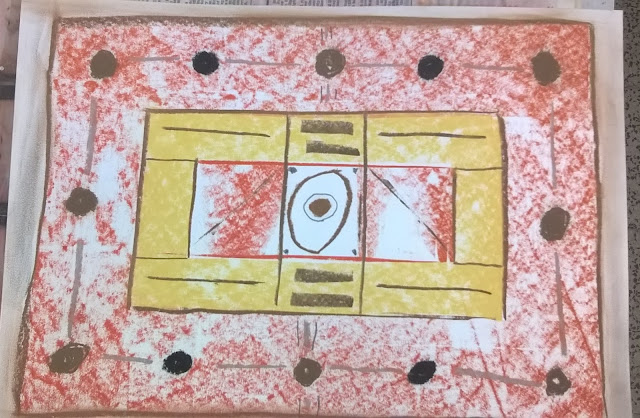 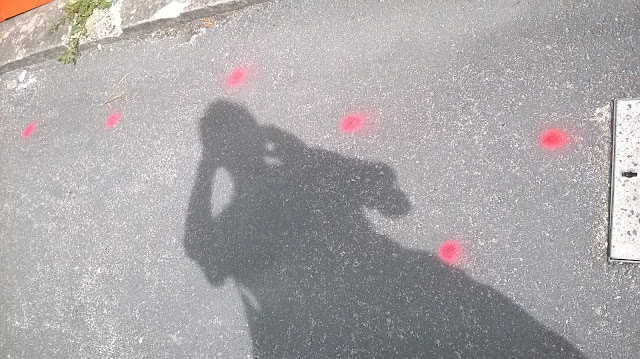 After I the abstract workshop I went to walk into the town and found these bright pink dots outside the Tate building site. I presume they are somthing to do with the works and not a Tate St Ives tribute to me..... 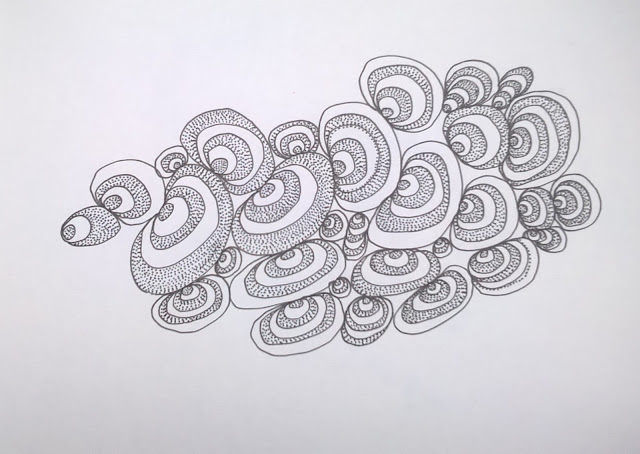 At the end of the workshop I let the students go through some of my books of dots and lines so I will share some with you. 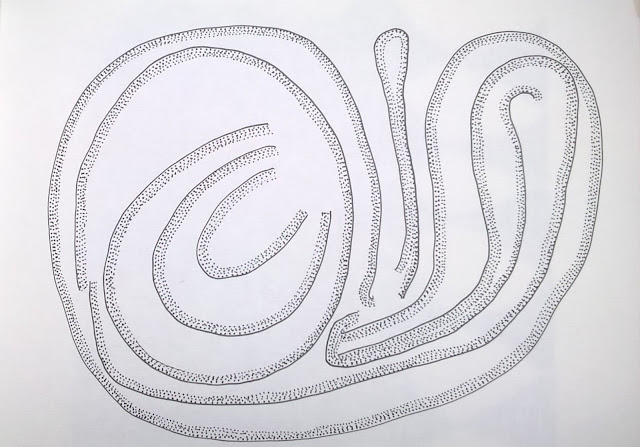 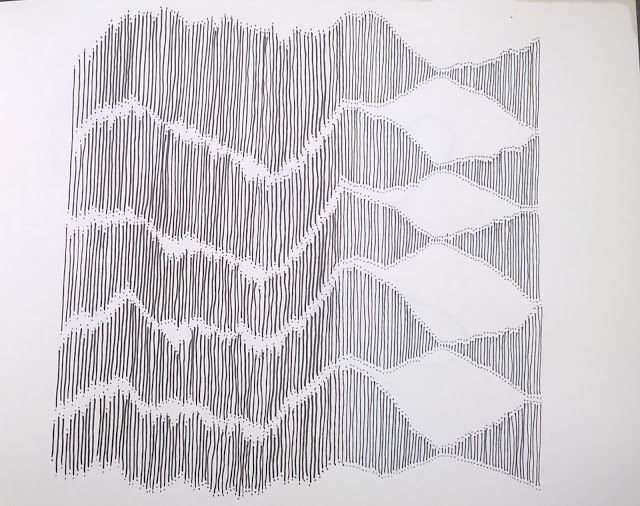 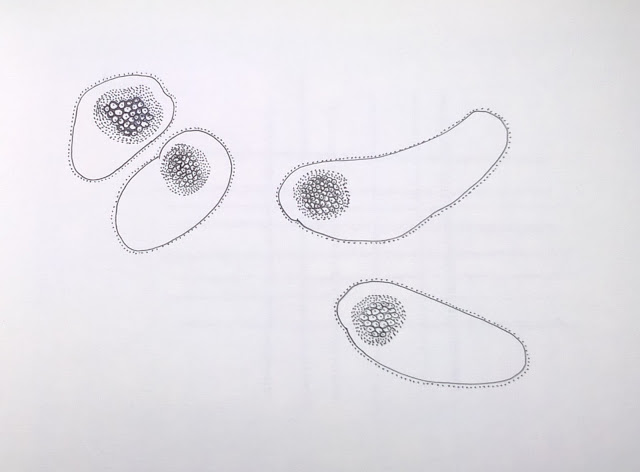 Above are a series of drawings I did when I was first starting to combine lines and dots. I was enjoying doing them and with hindsight I really like the way they are now but at the time I was slightly struggling with where to go next, which seldom happens these days as I have so many ideas in 'mind palace' I just pick one.

As I was trying to think it all through what I was doing I decided I needed to do some quicker drawings to get my flow back, I thought of some of the ideas that I had done a few years ago but seemed a life time, I will explain.....

When I was first exhibiting myself and my wife Zoe Eaton lived in Milton Keynes and we were offered the chance to do a show at The Crown in Stony Stratford, I have to admit I was struggling for work and had the idea of doing some grid drawings as we lived in 'grid city', responding to the environment I ploughed on and managed to be satisfied with some of them. This must have been 2005 or 2006 and I sold some. Since leaving Milton Keynes for St Ives the grids got left behind and so I decided to brake my block and fill the sketchbook with grids and off I went often doing 5 or 10 a night and below are 3 of them. 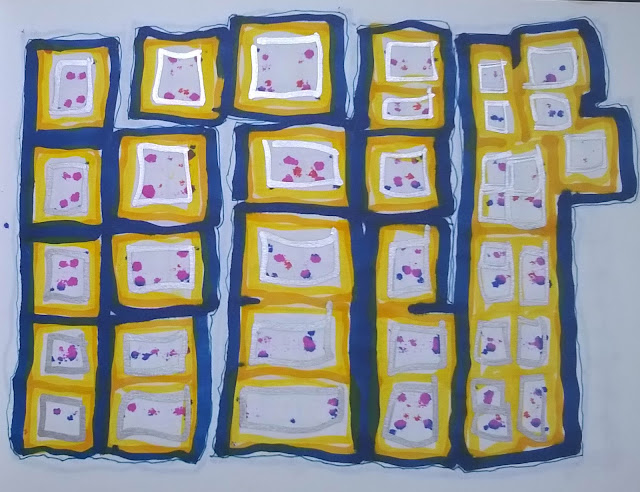 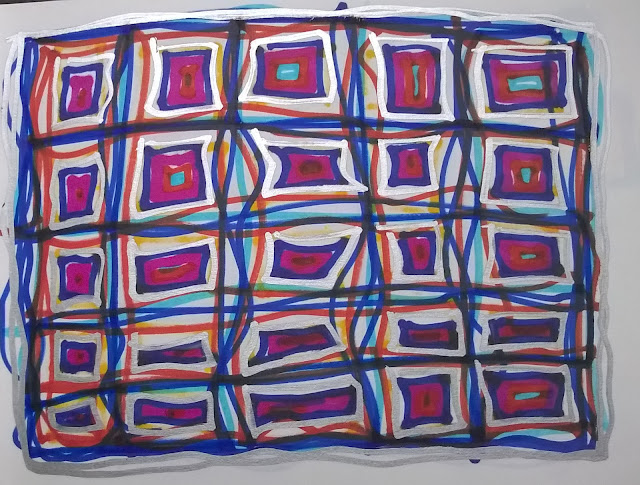 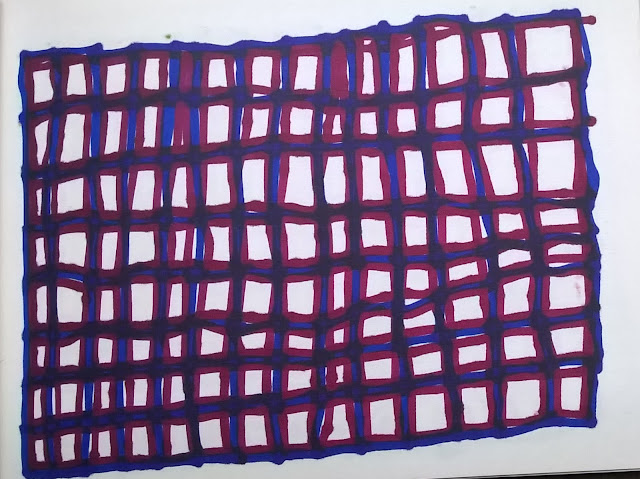 I still work with grids today in some of my works. Both below are on sale at The Uys Gallery, Tregenna Hill St Ives. 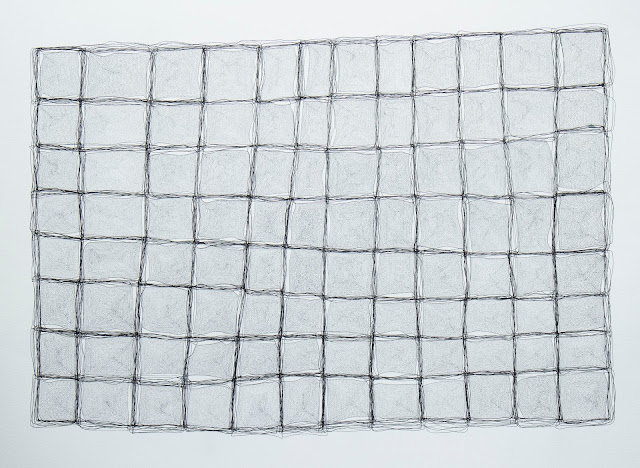 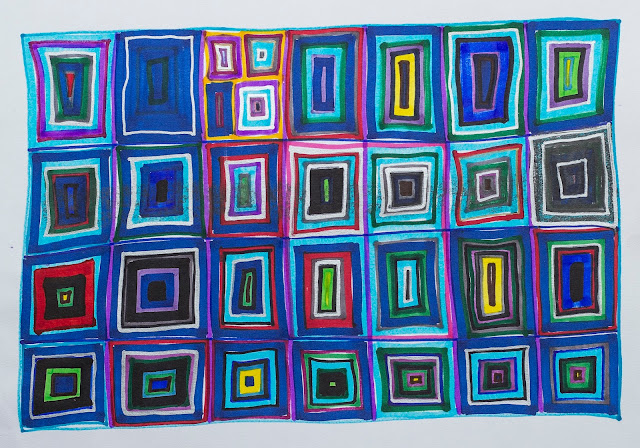