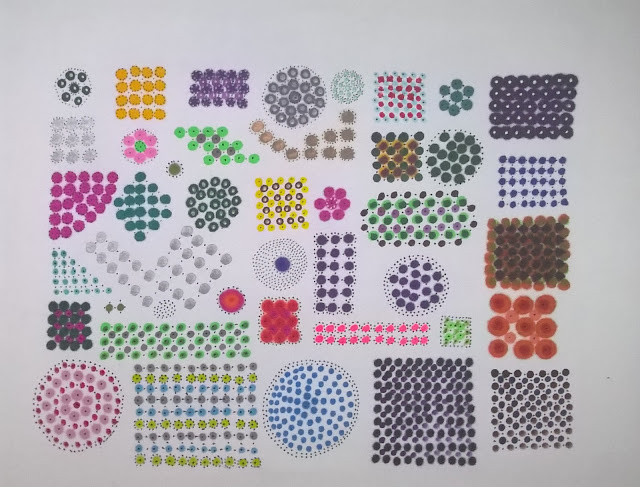 Above is the drawing that has been added to each day whilst doing other drawing has come to a conclusion, 'Sampler is finished' although I am not sure I have a rest your eye spot on this one. 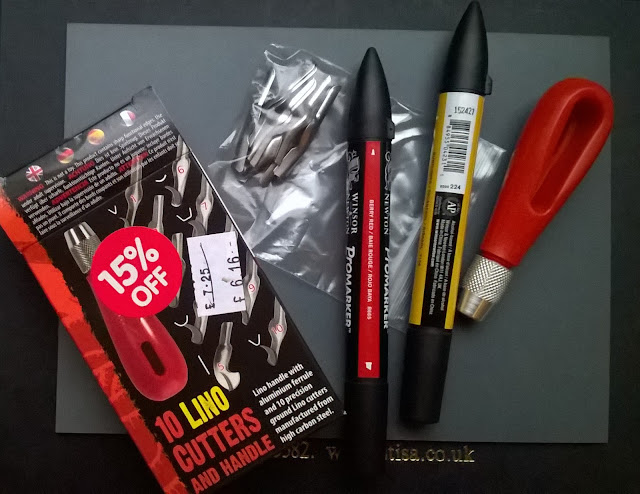 We have been off to Truro for art surplies, I got two new promarkers and some Fabriano A1 300gsm Rough so I can continue with some big drawings, we also picked up a piece of black lino and a lino cutter for us both to experiment with. I questioned Erin Lacy at yesterdays print workshop about it and thought we should have a go. I wonder what I will come up with and what Zoe will do. 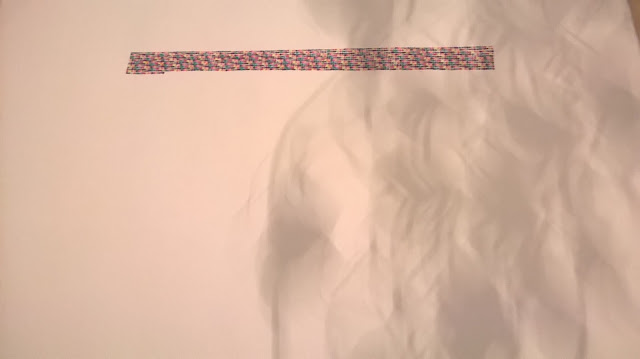 Above is an update on the sharpie big drawing I am 'in' at the moment, I have replaced the dining room bulb over the table and it now gives these shadows from Zoe's 'sea glass' chandelier that she made a few years ago for her exhibition a few years ago at Cafe Art and then remained there until we left and is now in our room. 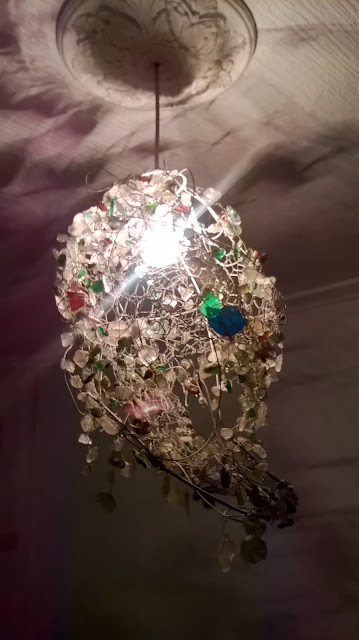 Above is that chandelier, I love its raw randomness.

I have heard on the radio news tonight that surprise surprise that Jeremy Corbyn has been re elected with a larger majority than last year, even with some 250,000 Labour members for being removed from the vote in one way or another. After seeing him speak at Heartlands earlier this year, he has become the first politician in years that actually strikes me as a normal person who wants a better world for us all and I for one would welcome a better world as I feel it is a harsh and unfair place to be even in this country. Hopefully he will win the next election and save the NHS that Jeremy Hunt seems determined to dismantle. Mind you that is not his only task he has many ahead of him I do hope the party unite behind him and put up a plausible opposition in the UK, the Tories want to know who they are fighting against because they don't actually seem to know who they have been fighting recently what with UK and their own back benchers and the Brexiters. I think in the news recently we haven't truly found out how damaged the Conservatives are with the infighting that is going on in the party because they were Corbyn bashing. Perhaps they ought to leave him alone and focus on the dangerous ones who are screwing us with information on arms sales and keeping the divide between the poor and the rich. 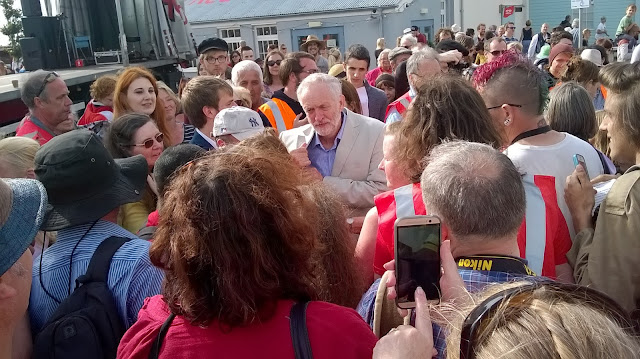 Above is Jeremy meeting the people after his speech at Heartlands earlier this summer and is a few minutes before he too the time out to have a little chat with my 15 year old son.

I need to get my hands on a copy of 'The Road To Corbyn' by Rob Donovan and read more around the subject, maybe I don't fully understand what is going on, I do like to try and keep myself informed.

I just want a more peaceful world where all people are less afraid.

Anyway I am off to escape this and do some art, it has a calming effect on me. It is a good space to be in for a few hours a day and helps me keep my ideas flowing and my mind a little more at peace.