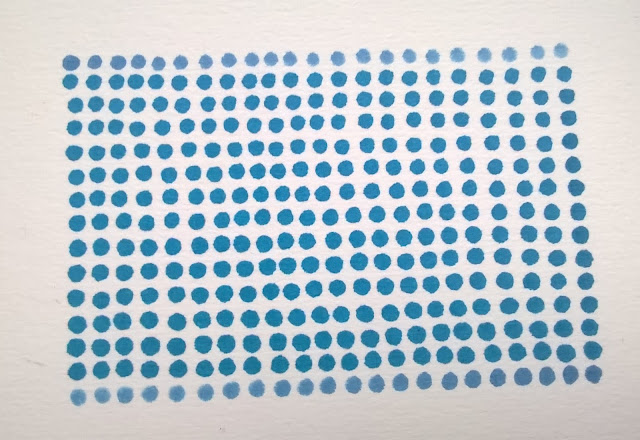 We had a busy night last night but I still managed to do this blue dot picture. It is on a postcard but probably not part of my introduction series so I now have to think who to send it to.

Today we had a little lie in because we deserved it, so we did a little admin at home and the got to the Tate St Ives building site for a members tour and I would like to thank Jordan Jackson for getting us booked on it. We arrived at the site just before 1pm and got taken by our guide Cherish to change into our steel toe caps, high vis jackets, hard hats and gloves and then we were led around the building site. First we visited the new art handling port which is enormous and The Tate are very excited about the possibilities this brings in terms of what they will be now be able exhibit. We then started going down underground to have the new gallery space revealed to us. It is obviously not finished yet but it is very impressive can't wait to see the first show in there (Autumn 2017).
After that we were then led to the older part of the Tate, opened in 1993, which was the first year I visited this gallery. In those days I was a tourist with a 320 mile journey to get to St Ives. I never imagined actually living here and being involved in a business right next to Tate St Ives. However times change and I have now lived in St Ives for just over 6 years.
We we shown around as much of the old Tate as was possible and also given an insight into the bowels of the building to, where they are hoping to get some interesting art projects going.
After this fascinating insight into what has been going on next to us for the last while, well what seems like years. I for one will welcome the re-opening with open arms, for the benefit of the town and the increased amount of art tourism it will bring and I am sure that will bring more folk into our workshops at Barnoon.

Follow this link to find out more from The Tate http://www.tate.org.uk/about/projects/tate-st-ives-project

After that I picked up the art we had left at Barnoon and took them down to Melanie at The UYS Gallery, she is rehanging for The September Festival which starts tomorrow. On arrival I was given the news that the lady who popped in for a chat with me when I was manning the gallery the other day had bought one of my drawings on paper, here it is below. Thank you Lena.

Link to The Uys Gallery http://www.uysgallery.co.uk/ 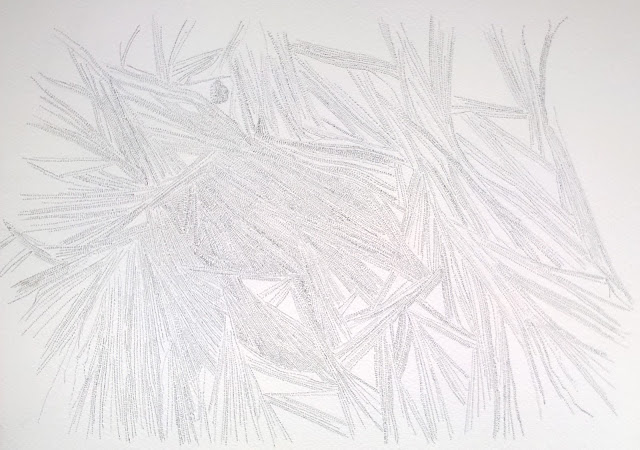 After being at the gallery and having some lovely elderflower and grape drink we went over to cafe art for Zoe to swap a picture back to the Uys and then finally onto The Crypt to quickly catch up with Bob Deveraux and Pauline about maybe doing some writing workshops at Barnoon. After that coffee was needed so we went for one at The Rum and Crab Shack where I left a tip, which you can see below. 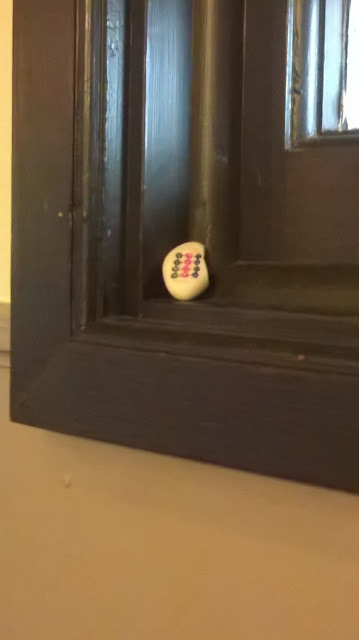 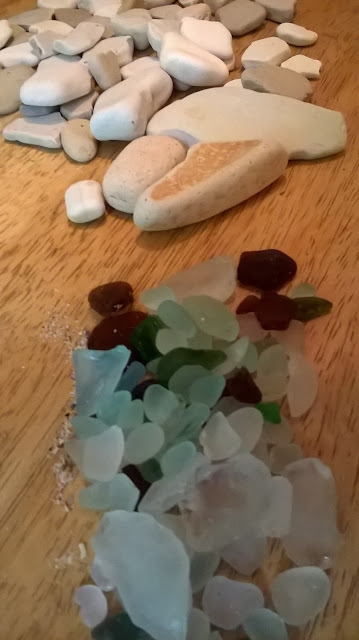 After the shack we collected sea glass and sea pottery, these will all be used for workshops or art pieces in the future I am sure.

I now have to write a bit of blurb about our 'Art Lovers' exhibition at CafeArt it now has an extended run through the September Festival. I also want to see if I can get a bit of work done on my new big drawing. We will see in due course.