New red one, old drummers, recent works and a portrait of the artist as a young man 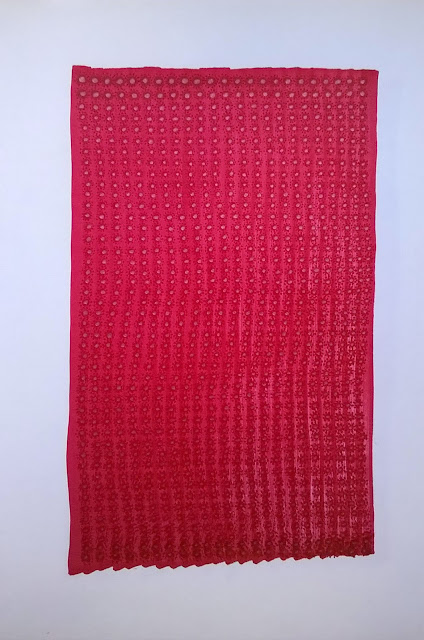 Above a new finished drawing in my book, it looks very red doesn't it. Completed it last night after attending a meeting at Tregenna Castle, more about that in a week or two. Interesting times.

Today has been a running around town kind of day punctuated by having a nice coffee in The Rum & Crab Shack on the wharf. It was nice little early afternoon treat.

Funny things happen in St Ives with people you used to know, today I was waiting for my veggie sausage roll to be warmed and I saw a drummer I used to play with about 25/30 years ago. I was unable to doing anything about catching up with him but if he is in town for a few more days it is quite easy to bump into folk here. 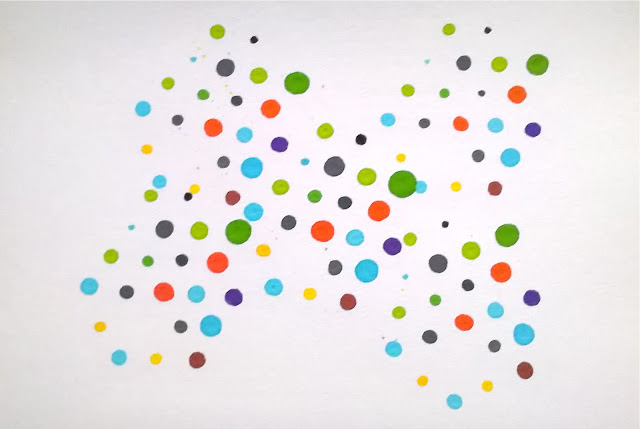 Above is a more minimal drawing I did as an experiment holding groups of pens together and then making 5 mass dots. I think it is the nearest thing I will come to doing a Damien Hurst dot painting. 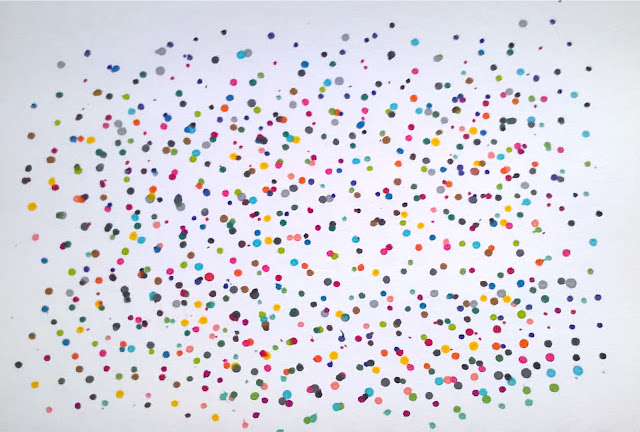 Above the same principal as the one before but with thinner nibs. I suppose it is as near to printing as I get, I do suppose my work has an affinity with printing in some ways. 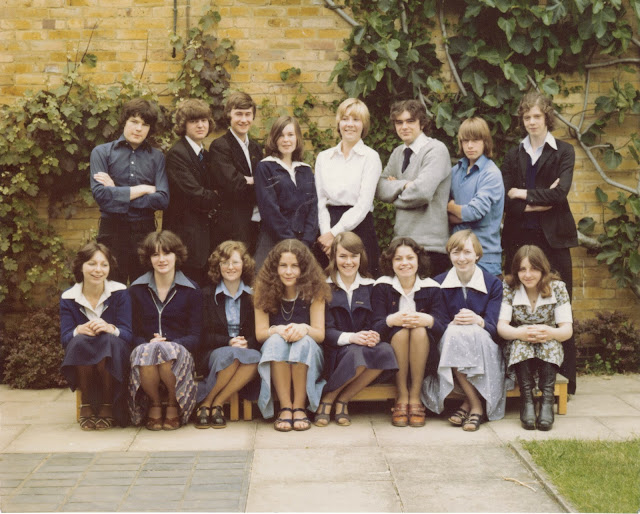 Speaking of people who have visited St Ives, my old school friend Hugh came down to see me a few weeks ago and has just forwarded a pic from our old 6th form. I must have to admit I recognise everyone but lots of names are missing. So portrait of an artist as a young man, third from the right at the back, was my hair really like that when I was getting into punk. Blimey!