Back in the Cafe and other musings... 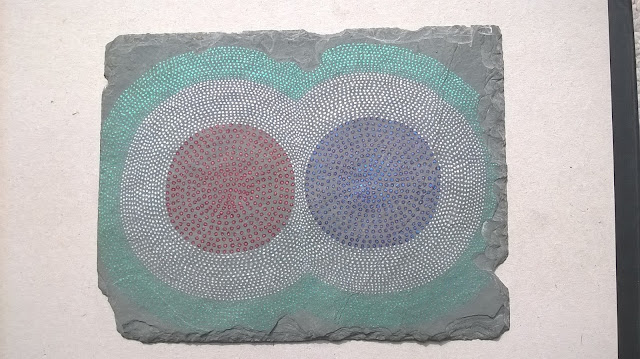 Above last nights almost finished slate drawing, it should be completed later. Below is a pic of morning doing a shift in our old cafe, Cafe Art in St Ives. An interesting day bumping into old customers and them doing a double take that I was in there again. This is all due to the World Gig Rowing Championship on the Scilly Isles. I reinitiated the 'wotnot' style of drawings on the loyalty card which was fun for a few of the old customers, including 'Hot Chocolate Colin' from the Tate shop, always nice to catch up with him. 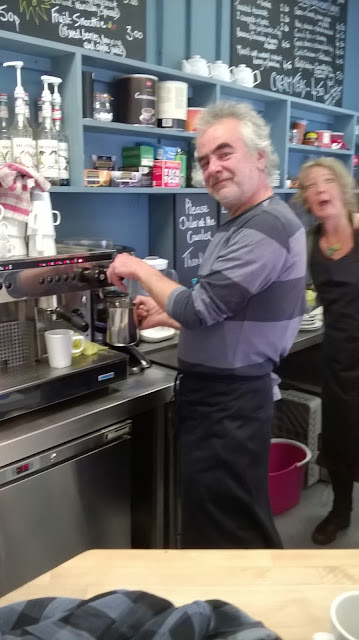 After my shift we went for an old style pint at the Rum and Crab Shack on the wharf and then home to eat and blog.

It was also nice at the cafe to catch up with Laurie who is goofing in the background of my pic here. We had a good art talk and she went through quite a bit of my latest sketch book. 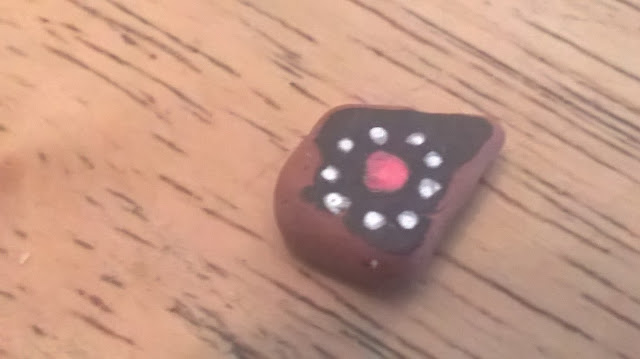 Above a very small bit of art done on a fragment of sea pottery. I feel sometimes that almost everything is my sketchbook/art work, the lines between both really blur for me, plus do I draw or do I print, I guess it is both really. I need to start think of the exhibition I have with my wife Zoe Eaton in the summer the concept behind it is certainly not formed yet. These will be some of the musings that will be going on in my head as I do more drawing tonight. :)
Posted by Unknown at 18:44