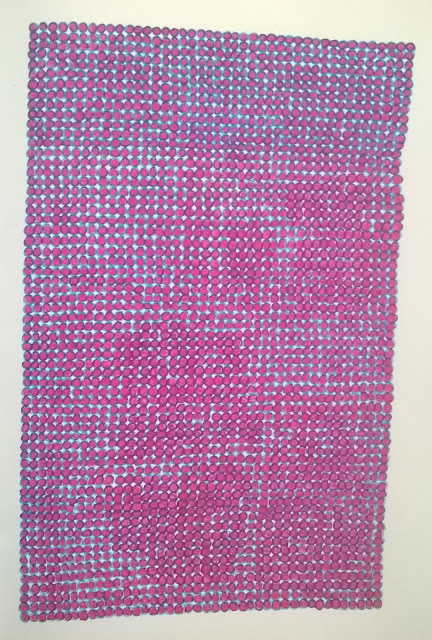 Above is the drawing I had started in the previous evenings session that I showed yesterday and last night I finished it.  I am happy with it as an addition to the book I am working on. 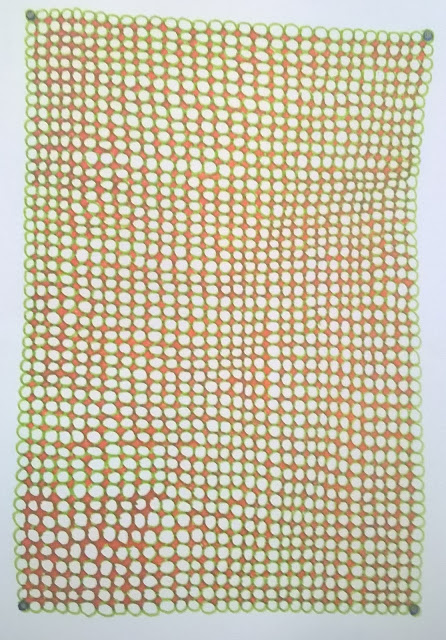 Above is the drawing that I then started after finishing the previous but I didn't get too far with it but whilst manning Hand Held View the exhibition I continued to draw and managed to get it finished. It was quite a quiet day mainly due to rough weather which sounds like it might be getting worse. 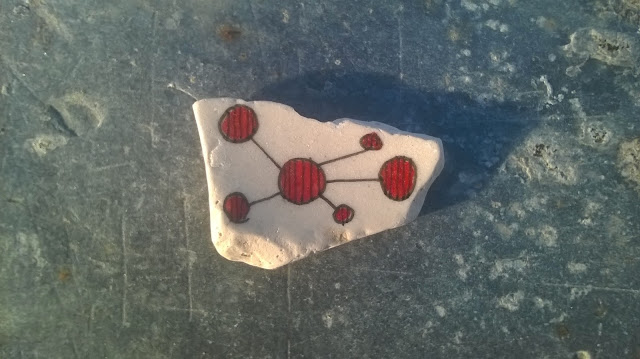 Also today, inspired by someone finding one of these a made a new one a placed it in the same spot. 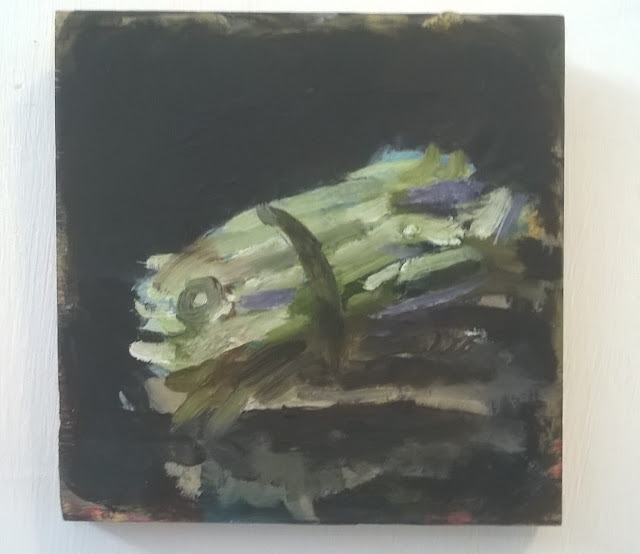 Whilst manning the exhibition I took four pics of work in the show, above is 'Asparagus From Memory' by Tobes Rainbird. I love the title and the painting, mind you I like his other two paintings in the show a lot too I just didn't take pics of them. 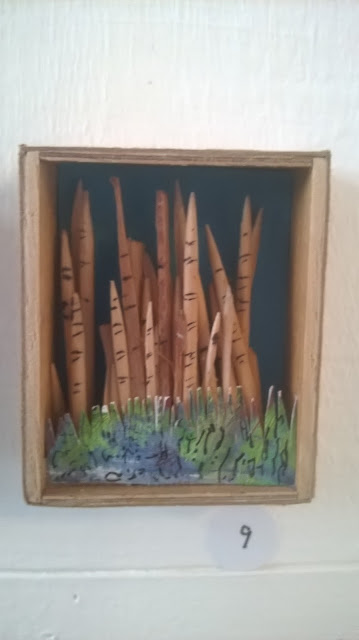 Above and the two below as promised are the works in the show from Tony Eastman, which I equally love. They make me think of my friend and artists work Steve Groom although not very similar except small and with a certain sense of humour and joy. Above is Bamboo Forest which seems to be one of the most popular within show, I am surprised it has not sold yet.. Below is Beach Cone and the one with the blue light is 'a little cinema', lovely. 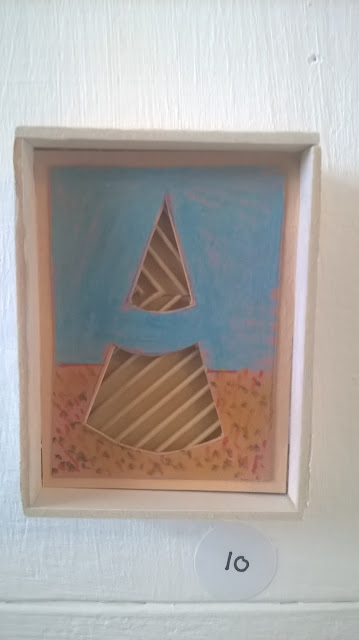 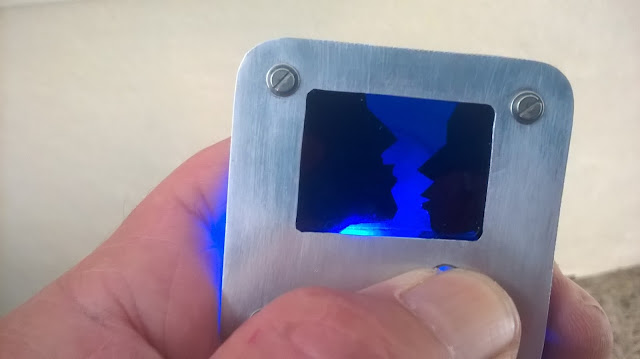 Well I am off to think and draw but whilst I have been writing this blog I have been re-imagining the back cover of a Japanese book. It has been giving me ideas on how to progress with it, if it looks interesting I will show tomorrow. I had better get concentrating on finishing my other book first as I have already started the next drawing in it. I am also considering writing some sort of narrative or statement or something in the back cover.