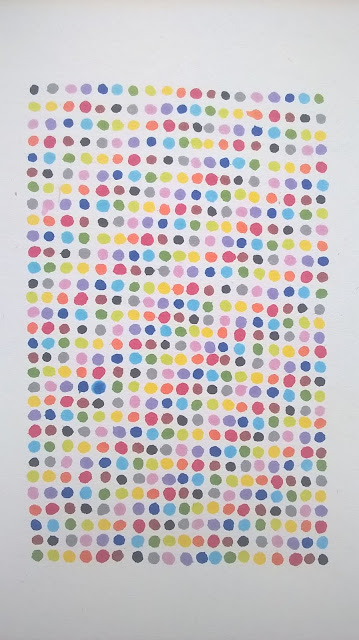 Above and below are the positive and negative of last nights drawing, using letraset pro markers in pack order to achieve the image. It seems quite a simple drawing but it actually took quite a while. I nerdily kept the pens in order replacing the caps after every dot partly to not let the pens dry out and also so the would end up making a mess. I think they both hold up quite nicely as the opening two drawings to my new book 'Double Chill'. I will be working on this in a short while after I finish this blog. 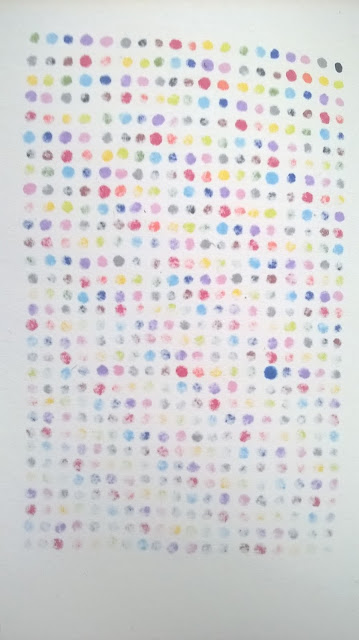 Today comprised of getting up a bit later than usual, these last few days have been very tiring what with the deflated feeling after the referendum and other stuff. We then went upto Barnoon Workshop to make things more ship shape. After four hours up there we rewarded ourselves with a Carvery at The Western Hotel and stayed for a couple of drinks with our friends Jordan Jackson and Jack Williams, we chewed over the fat of the recent days and tried to make light of it as best we can.

Whilst up at the workshop I fitted in a new drawing in my sketchbook I will photo it tomorrow as lighting conditions are no longer good enough.

Tomorrow I have to collect my artwork from the Mariners Gallery because the exhibition finished today. I have had two good sales from this show which has given me a lot of heart about what I am doing and also to sell in one of the revered art spots with a big history is a nice feeling.

Well I am off to watch some more of Glastonbury on the tele whilst drawing and with that Glasto vibe, I thought New Order were magnificent last night. I saw New Order at Glastonbury during the 80's both of which were memorable gigs and spent the set they played last night just wishing I was there. O well one day maybe again.
Posted by Unknown at 21:50