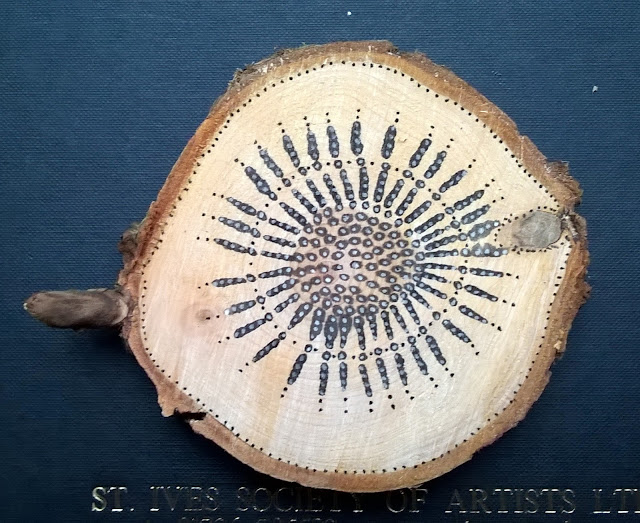 Above and below are two more in my wood cut series, well I did cut the wood. Both are influenced by my one off book 'Trying to be More Minimal. I have been channeling my inner Hayley Tompkins again. I have love her work ever seeing the Beck's futures program on her. The thinking process she talked about whilst making her art was fabulous. 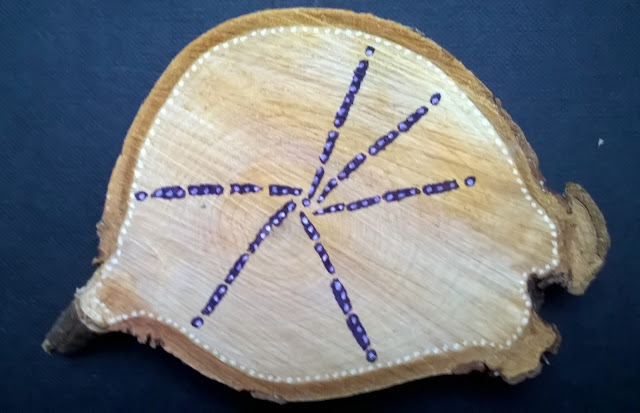 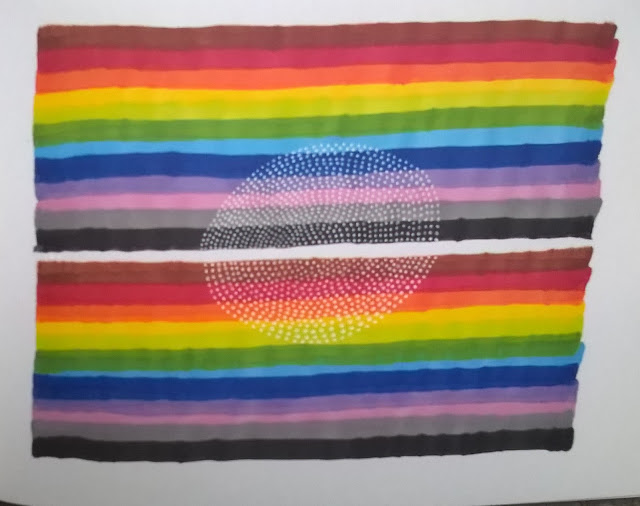 Above is the first drawing I did with my letraset pro markers, I had to use every one and as you can see I completed the second drawing first as it was a 'bleeding narrative' drawing, straight through the paper below is what it looks like. The pens do what they do with a little help from me. 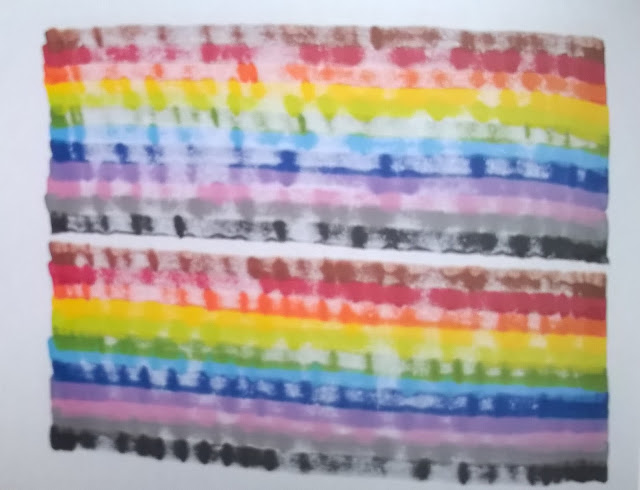 Below is actually the third drawing from this bleed, it has such a minimal quality that I couldn't touch it. I love its openness. 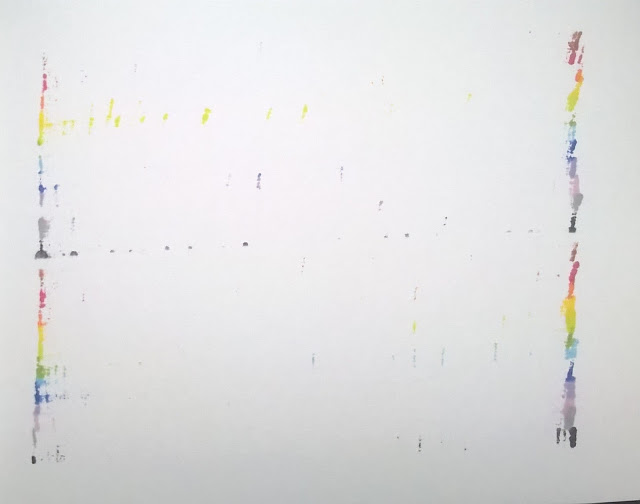 Below is me cutting more of my conifer log donated by Graham. Is this what sundays are for ? Sometimes has to be the answer. 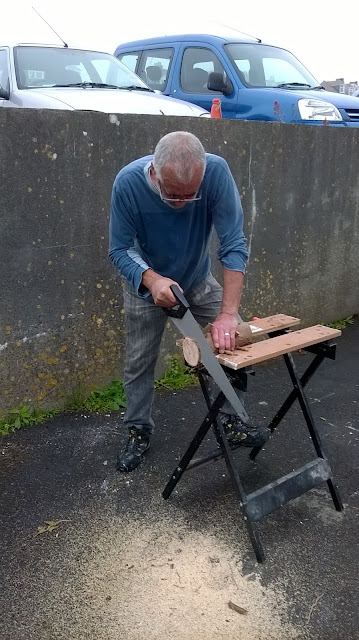 Below is also what Sundays or any day is for, this is the plastic fusion cover I have now created and stuck so I can create my new one off book.
It might have to be called 'Chill' or 'Double Chill' as it has the word chill on the back too.

Many years ago when I was working as a musician I was doing some work as an ambient DJ under the name of Discordia and we used to make our own chill-out tunes to go into our regular 12 hour sets. I made up a limited edition double cd of some of these recordings to sell at gigs and it was called 'Double Chill'. One of the tracks that we used for years was finally re edited for Bobby Wotnot gigs and at one of these my friend and singer Lee Vernon from Pearl Handled Revolver suggested he had a lyric for it. It was our opener that night, we immediately agreed he would have a go at it right now, so off he went and delivered an amazing melody over my soundscape. It worked, it was fantastic so we then had to record it and I think it was done in two takes close enough together so we could mix and match from each performance and it would sound like one take. It did and it got released on an album called 'Front Room Laptop Drama' not available at the moment but I am thinking of re releasing it sometime. At this point Tom Robinson loved it and played it several times on his introducing program on 6Music and hearing him say absolutely beautiful after it's first play was a good feeling. Not long after this it then featured on a compilation called 'Home Volume 1' compiled by Johnno Casson otherwise known as Snippet amongst others. A man with a good ear and one with immense song writing talent too. This album is free and is still available so I have put the link to my track http://rashrecords.co.uk/track/vermillion but hey why not download this whole album it is quality.

So I think my new book has to be called 'Double Chill'. The cover works and is now the manifesto for this next work. 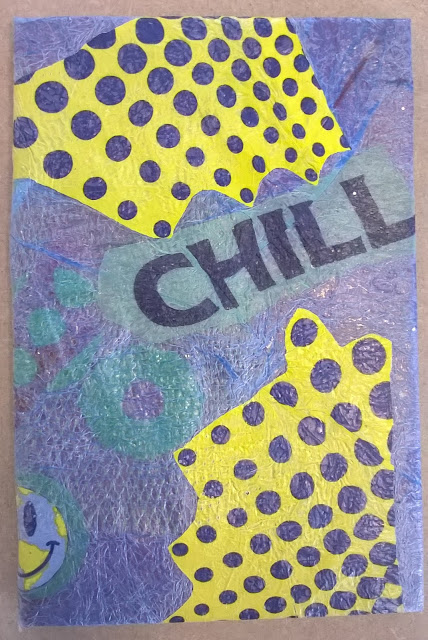 There are no pages in it tonight so I will be working on other drawings.