New Drawing and a few of last years grids 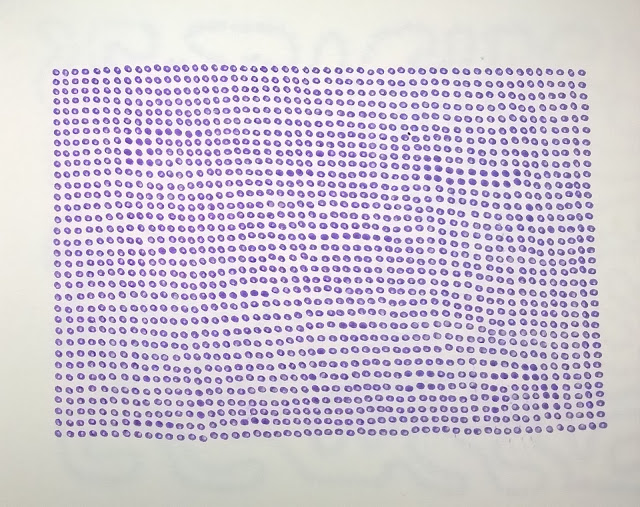 Above is the drawing I finished last night, you may notice that that I have had a small 'walk' towards being minimal by not doing a second dot on all the original dots. I have thought from time to time that my work has a sort of 'complicated minimalism' if you can actually say that. I have minimal ideas that sometimes come out complicated....... 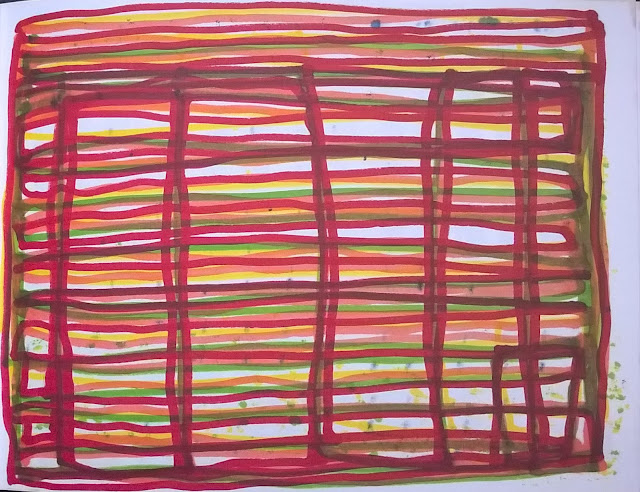 Above is one of a load of 'bleeding narrative' grids I did last year. I would love to get on with the next series of them but I really have to continue with the works I have started. As usual I have many ideas where to take my grid drawings and even more on moving them on to 'flow grids' but more of that later. 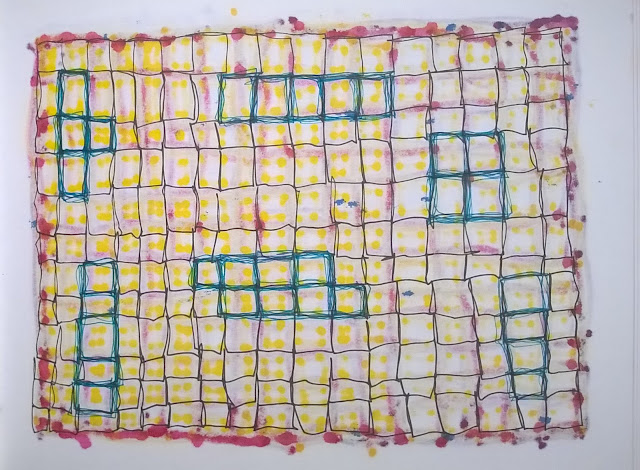 Above is another from that series, on reflection this one seems to reference the kids game Battleships that I must have played a thousand times with my Dad when I was a youngster. 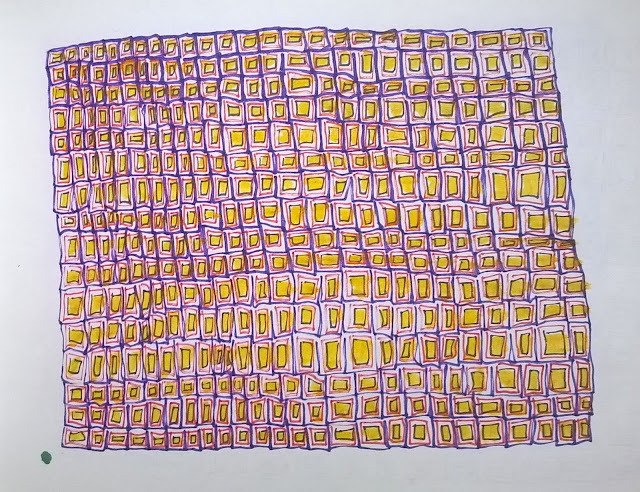 Above is a third from that series there are many ideas in this series but as I was saying I could go anywhere with these.