Another aspect of my work over the last couple of years is that I have started 'remixing' as you might call it, above is the inside of the last brochure that the Tate St Ives were involved with for the Terry Frost centenary exhibition, although the show was not held in St Ives it was split between The Exchange in Penzance and The Newlyn Art Gallery.

Last summer I did a concept remix of the last Tate St Ives exhibition. I took a booklet when I first visited the exhibition and then when the booklet was fully dotted I returned it to the recycling post box after revisiting the show. As far as I know the remix was removed by someone at Tate St Ives but after that I know what happened to it. I do know a few people saw it as I got a few messages about it. 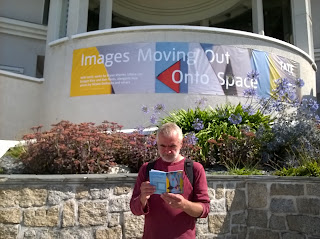 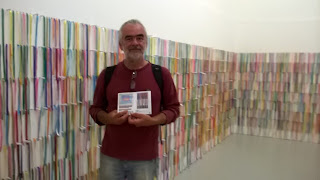 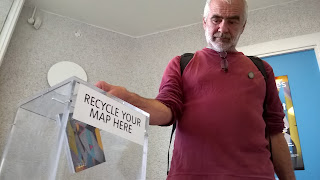 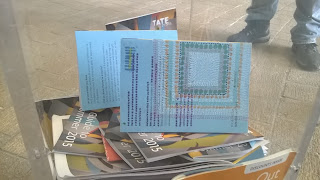 This was all documented by my son. All photos were allowed by the Tate so it wasn't a guerilla activity. I have not done any drawing today but did a couple of hours last night and there will be more later and hopefully a finished piece.