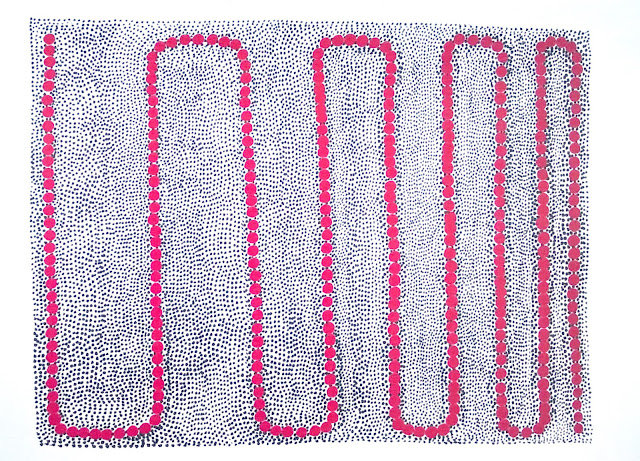 Last evening I was working on two different drawing one A2 on Fabriano and one on mount board. I am happy with the way they are progressing and have to accept that although it would be great for them  to be further on they are where they are and it will take thousands of dots on one and ten thousands of dots on the other. I wonder sometimes when I am doing them what it would be like to have a time lapse film of one of them growing dot by dot, who knows if that will ever happen. Sometimes I almost think of nothing doing them which can help de-stress me from this angry world that seems to be around us at the moment. Too many bad things are going on and too much injustice.
The drawing above was a nice way to relax once I had set up the process, red letraset pro marker dots first the onto uni pin dots from there. I never quite count the hours these take but I do love the way they reveal themselves after a few evenings work. 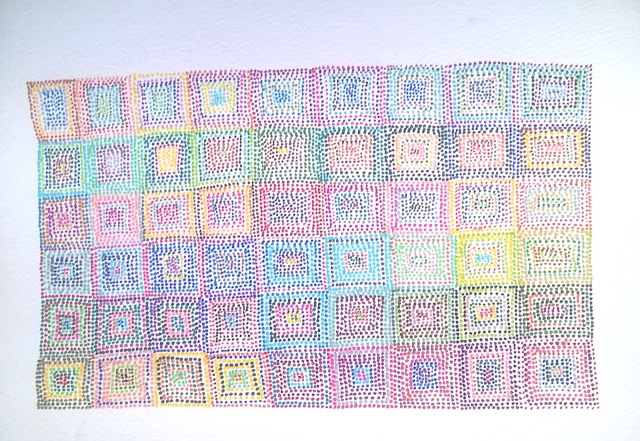 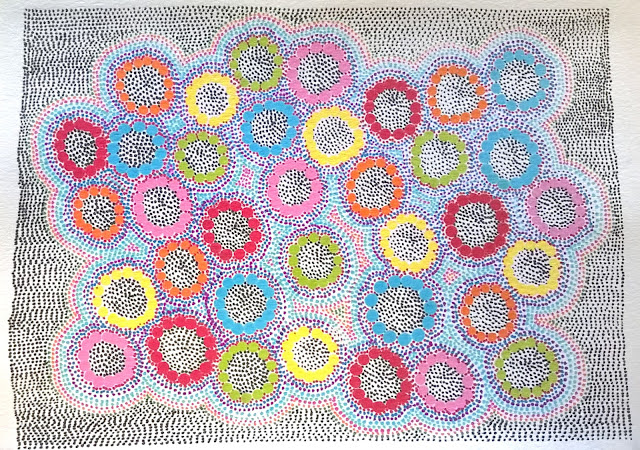 A few moments in my day today:
Had a nice meeting about CIC company's over coffee with friends at their cottage near the top of Rosewall Hill. You feel like you are on the roof on Penwith especially on a wild clear day like today.

My guitar student of the day had a good confident lesson and had obviously practiced since last week.

After that went down the hill to Porthmeor to watch the sea and the foam balls, I was not the only one by any means driven to see natures wildness. 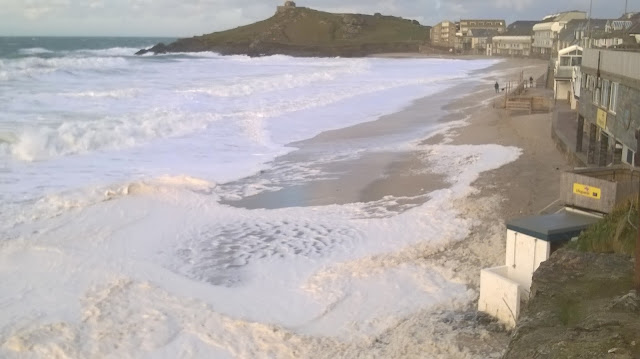 Last thought of the blog, sad to hear of the passing of George Martin, a revelation of a record producer and a real gentleman.
Posted by Unknown at 19:12