Sometimes I Draw on Other Things part 2

Here is a small array of 'sea pottery' and stones that I have drawn on, at a rough calculation I have done at least a thousand maybe two thousand by now. I have had some feedback from some people who have found them which is always nice but many I have no idea where they are now.
I have kept many in reserve for the future, which is called 'exhibition in a box', which I have ideas for becoming an exhibition outside of the box but more about that later. 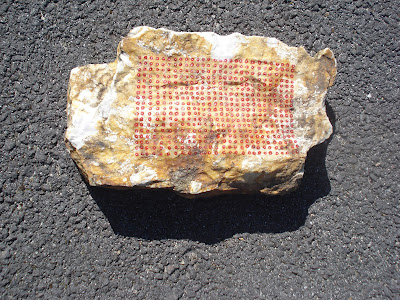 Above is a large rock that I thought just needed to be drawn on, I do not feel in any way that I am going back to being a 'stoneage man' changing my environment or telling other people where the water is. I just enjoy the process and the results.

A couple or years or so back I went for a walk up to Man's Head with my the pre teenage son while he was down on holiday. I started drawing on some of the lose rocks and my son did a few of his own. We then arranged them as a little outdoor exhibition for passers-by to see, or not to see. 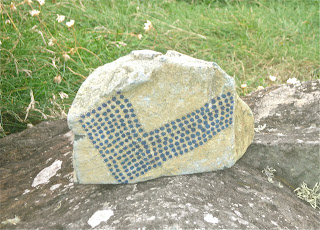 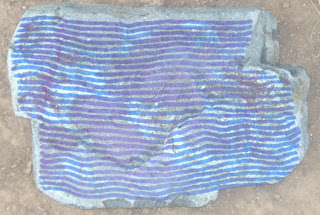 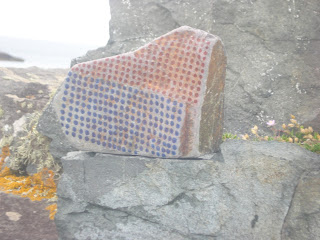