Contemporary Abstract Drawings and a painting.... 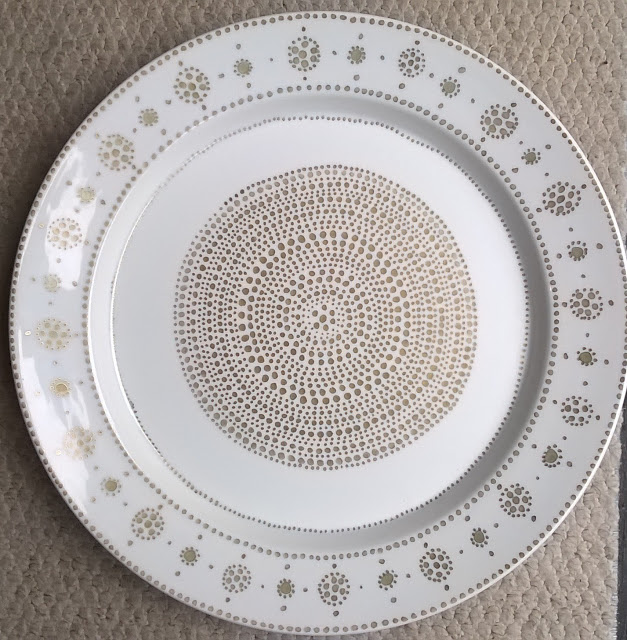 Above is a drawing I did last evening on a very large plate, it took a while I can tell you. 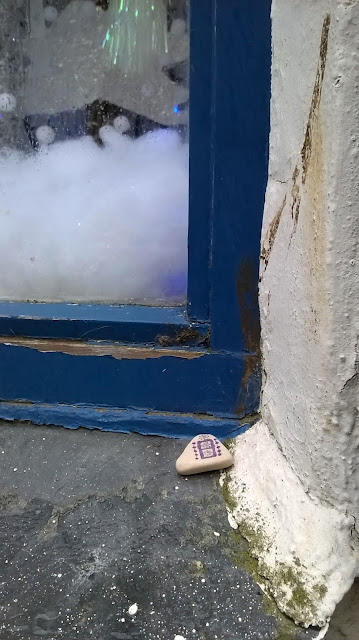 I did a small art drop in town today, just a few. I might do a lot more over this festive period if I get the time to get out and about...... I have loads ready to go and also plenty of sea pottery for the next batch. 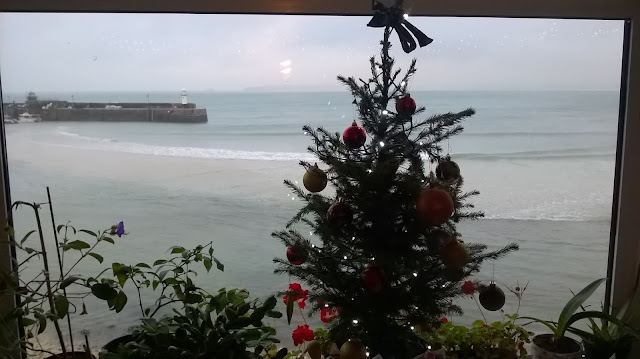 After doing a lot of running around today we ended up at our friend Lynne's flat and what a festive St Ives view she has through her window. 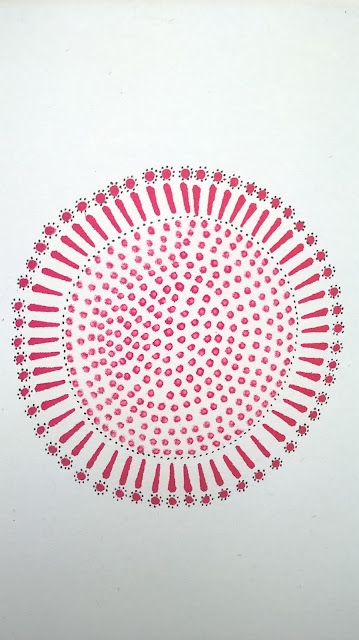 Above and below are two pages out of a handmade book I did earlier in the year it gives you and idea of my 'bleeding narrative' work. 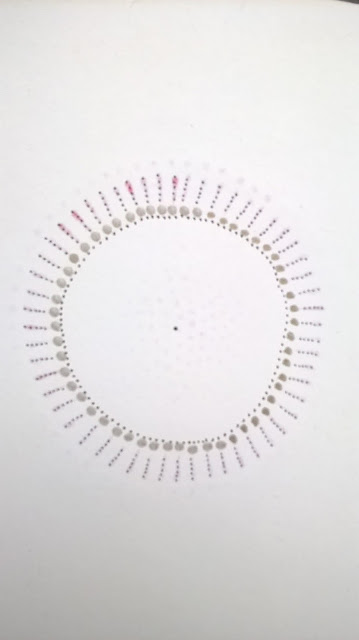 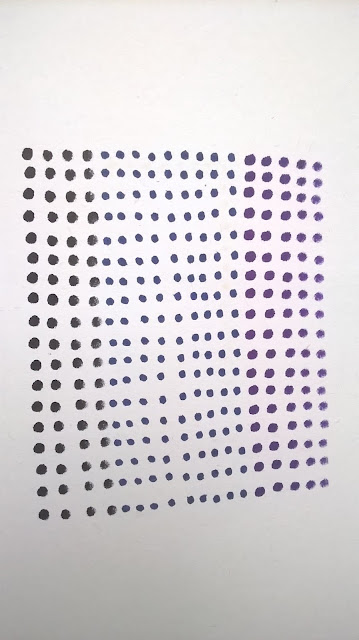 Above is one of the drawings that gets nearer to my minimal ideas, however I often taken with a minimal idea but due to the way I do my works one minimal idea might get complicated in vision.

Below by the way is the 'bleeding narrative' version, slightly more minimal. 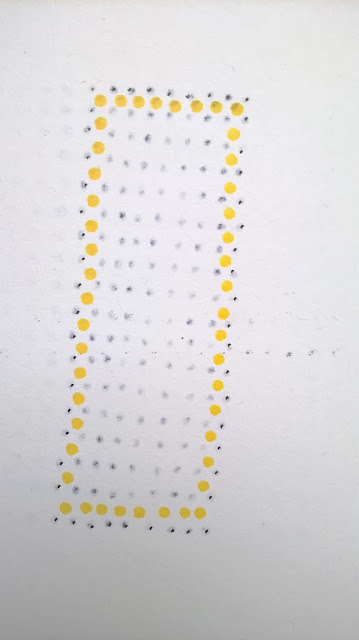 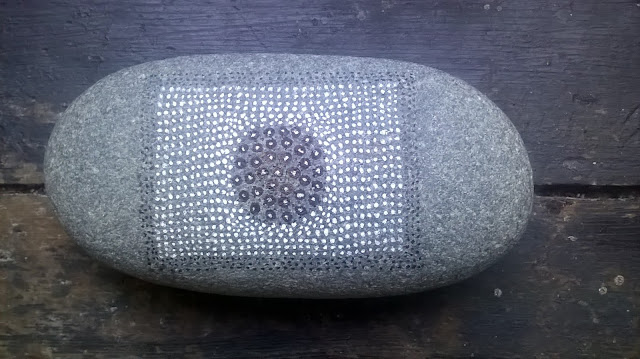 Above and below is another tangent of my drawings after drawing on small bits of sea pottery it got the idea of scaling them up a bit and enjoy the challenge of drawing on them and making something as pure as a large pebble more interesting or beautiful. 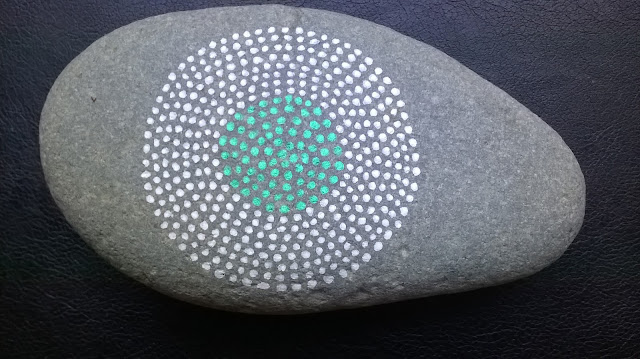 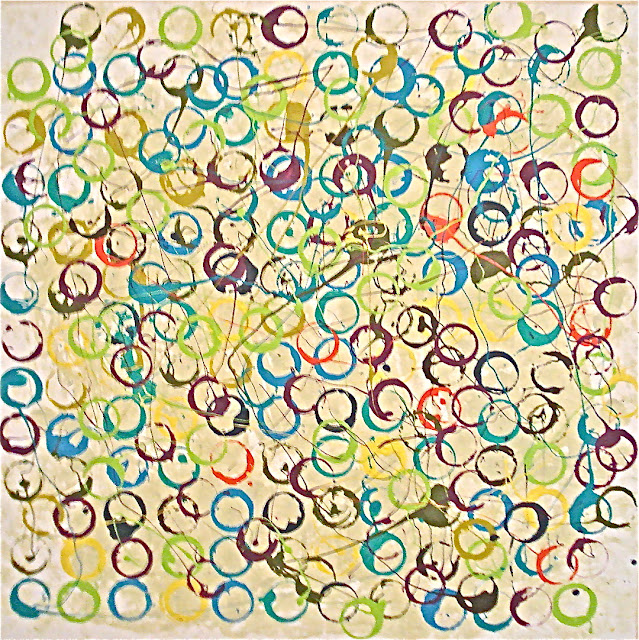 Before I started what I now think of as contemporary abstract drawing I used the same processes, rules and thought patterns to paint. The painting above is a work from 2005/2006 that was first exhibited at The Crown in Stony Stratford and then later at Cafe Art St Ives and finally it sold at a charity auction at Porthmeor Studios two or three years ago. The process for this work, which was called 'This is the week that was', was daubing some paint on newspaper and printing it on the primed canvas and then using tester pot paints and the paint left on the lids to make the pattern, I suppose there is even a slight nod to Jackson Pollock although that was only a spin off of the process and not intentional from the initial process or rules but once it started I just had to go through with it. 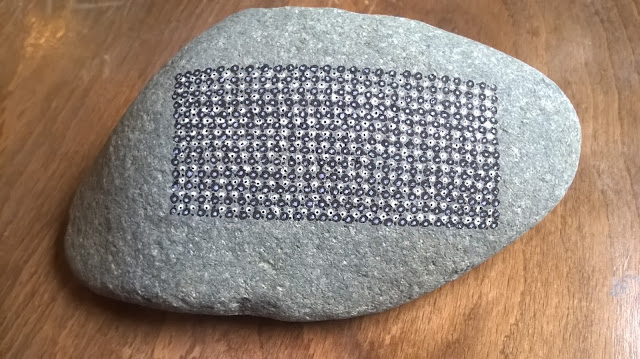 Above is probably the last pebble drawing I will have done this year. At this present time we have this at home and it still catches my eye when I walk past it but I seldom look at in as much detail since I drew it than I have whilst writing this bit of blog below it.
Blimey it has really caught my eye and I have had a good stare and I love it.

Well I am off to relax get ready for tomorrow mornings early start and to do some drawing too.