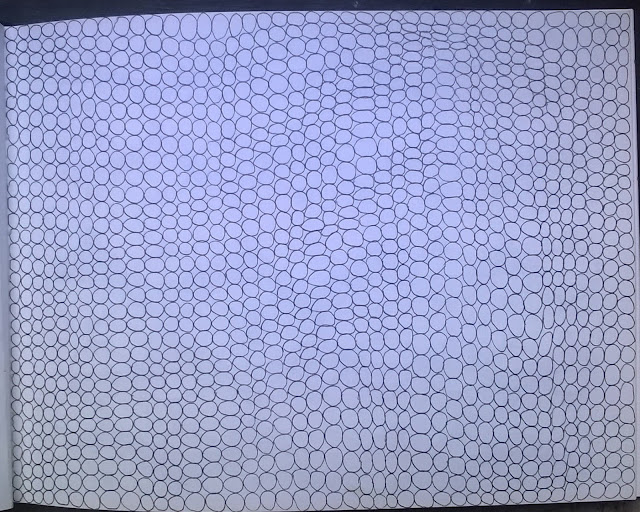 Above is a drawing I failed to take a pic of earlier in the week but I thought I would share it as most of my new drawings are coming from my latest whole sketchbook project which seems to be dominating my drawing time at the moment.

Over the last month I had some of my whole sketchbooks exhibited in The Spring Open at The St Ives Society of Artists which was kind of a special for me partly because I have been to shows every time I came to St Ives before we moved here and it's place in St Ives art history. I know that it doesn't always count for much but it is good, heartening and thought provoking to have exhibited in a space that Barbara Hepworth, Terry Frost, Patrick Heron, Bryan Winter to name but a few, certainly a big part in the story of me learning and appreciating art not that I think I am much influenced by them but I might have been when I was starting to dabble and get my own ideas together many years ago. 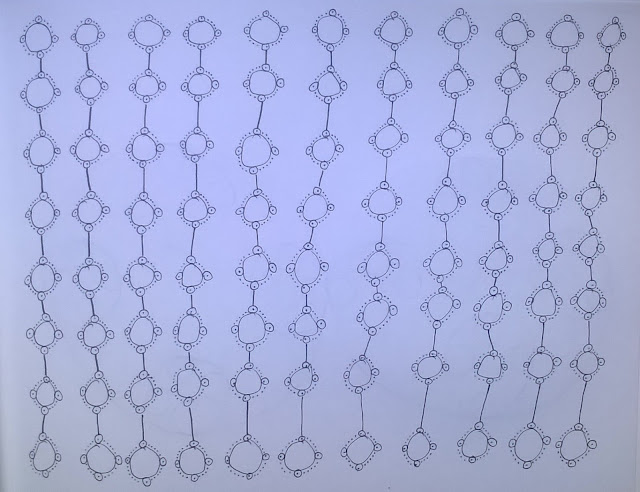 Above is a drawing that I did yesterday. I am finding it really quite interesting making this set of monochrome works. It takes me back to the time I started my first whole book work. The Book of Dots took me a long period of time to finish some drawings took me so many hours but each drawing had to be inventive and sustain interest in the book as a whole. I had really over thought it but it was a task to keep coming up with new ideas so I had set myself quite a test of endurance and creativity.
After completing that book of ideas I found in very difficult to move on to colour or even different pens. The whole first book was done with one type of pen and size of nib. I had spent so much time without colour in most of the work I produced over that probably three or four year period that when I moved onto colour I found it daunting, the first few experiments didn't really come together but suddenly I got it and I haven't looked back since. So eventhough I am in my monochrome worls at the moment I know it won't stay that way. 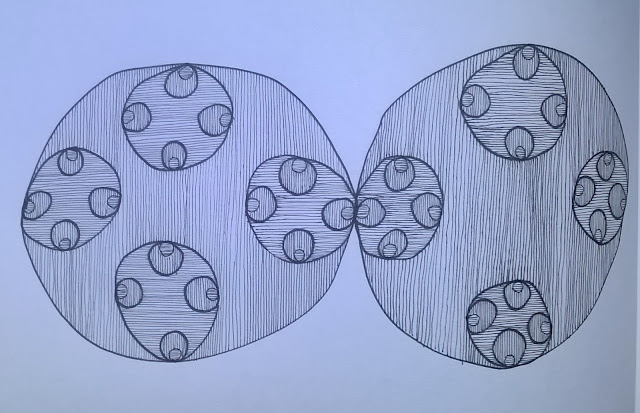 Above is a drawing I started last in last night's session I didn't quite finish it but managed to fit in a bit of drawing in gaps today.

This morning my drawing tour did not run due to poor weather, but this afternoon we had a Beach Find Mosaics workshop at Barnoon and just before we nipped off for lunch a lady that had been at a workshop yesterday popped back up for some prints that were to wet to take away. She had apparently taken a shine to one of my framed drawings, we agreed a price and she said she would pop back before closing time to pay for it. It is always nice to meet the person that is buying your work which is seldom the case these days. She also asked if she could take some pics of one of my other framed works which I don't mind at all. 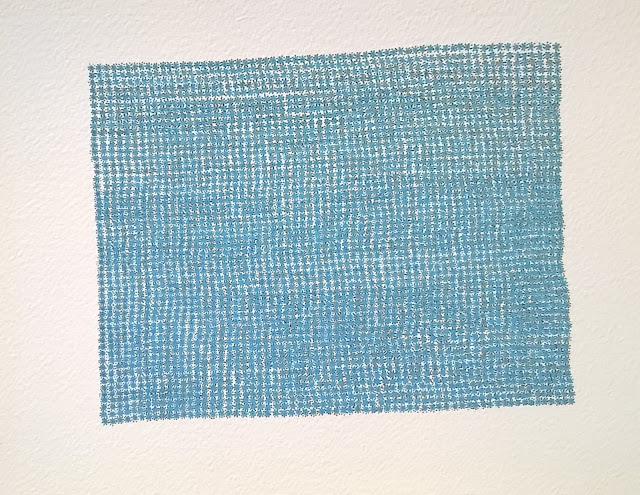 Above is the drawing that was sold today and below is the other one that caught her eye. I so enjoyed the act of making both these works and the latter came about from doing a couple of my handmade books that I included what I call a 'pen diary', a dot from each pen I used making the book. That inspired this larger drawing. Most of the time I don't count the hours it takes to make a work and indeed I didn't on these two works but I can tell you quite a few sessions of a few hours each were spent. 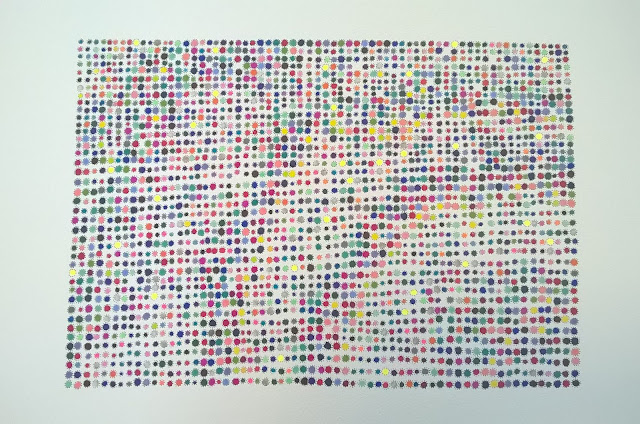 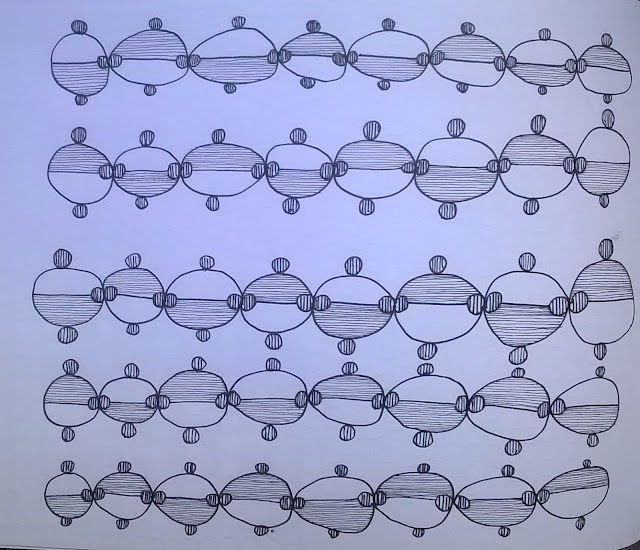 Above is another pic of the new drawing I shred yesterday it might be a better pic than yesterday's.

So as usual I am off to get some drawing done as I watch or let Friday nights television wash over me.
Posted by Unknown at 20:51