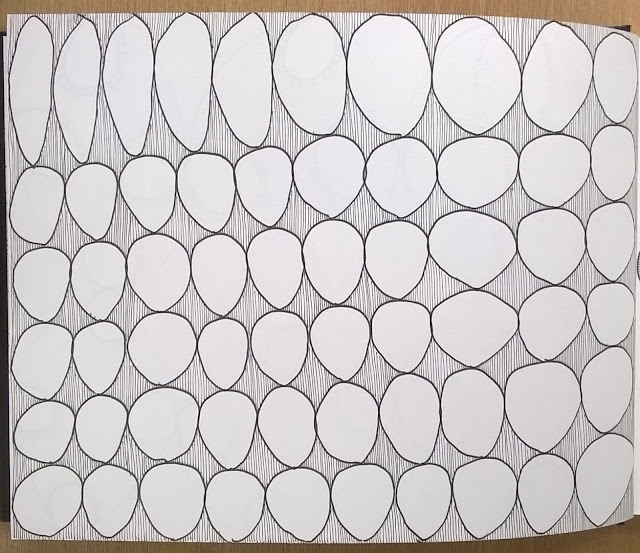 Last night I managed to the drawing above and started the one below. I think the whole sketchbook work that embarked on just over a week ago is going rather well so far. 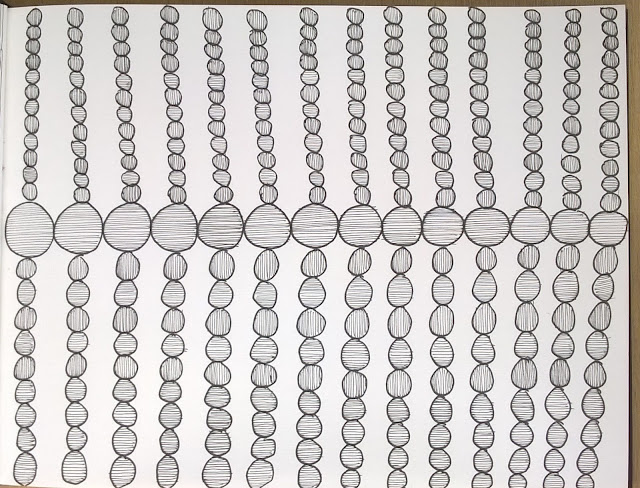 So today I have been running around getting ready for tomorrow and also sorting many different things, finished this drawing off and ended up representing Barnoon Workshop with my wife at the Education Hub at St Ives Library. The Library is being taken over by the Town Council in the autumn and is going to provide lots of educational and creative opportunities.

While we were there handing out leaflets about future courses at Barnoon I managed to start another drawing as it wasn't that busy after the first 45 minutes and the event shut about half an hour early.

Whilst I have been writing this I have also been watching Have I Got News For You, which is a program that has always been close to my heart as the theme music was recorded by an old and sadly now deceased friend Big George Webley, who in the past also produced the first recording of one of my old bands New Mutants, the first time I appeared on record and also my old friend Tim Searle who was the head of Triffic Films who did the titles until this new series. I am biased but they seem a little sterile now also I played many gigs with as we were both members of The Blues Collective for many years. Another strange tangent was also on this program my facebook friend and former Factory recording artist Kevin Hewick appeared on the show next to Jeremy Corbyn when they feature footage from his rally in Leicester earlier in the week......

Well I am off to draw.