I have done some drawing over the last day but I have no pics to share today but here are a few that I did before that that I haven't blogged yet. 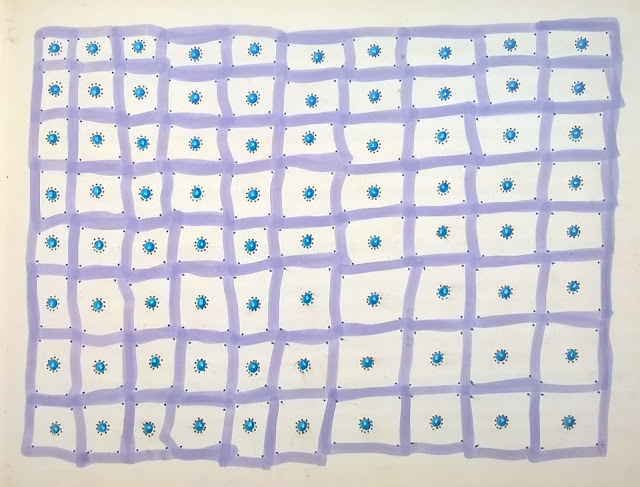 Above is the inside cover of my altered sketchbook work that was started as part of last weeks Barnoon Workshop class. Last night I did quite a bit in that book whilst relaxing and coming up with ideas to fit the book. I hope I have time to share some images tomorrow. I do like the simplicity of this drawing and I think I am drawn to grids again because I have been following  a number of groups that are posting pictures of Milton Keynes because today is it's fiftieth birthday. In conjunction with that friend and musical associate Lee Scriven has made a new film about Milton Keynes and growing up there having moved out of London for a sweet life in the new city. His film is called 'I Must Adjust' and has it's premiere at The Odeon' Milton Keynes Stadium tonight as part of MK50. Apparently a couple of songs I recorded in New Mutants and The Blues Collective feature on the soundtrack, honoured to have had a little part in it and having had a small part in the MK music scence. When I have seen the film I will review it, I am sure it will be very interesting. 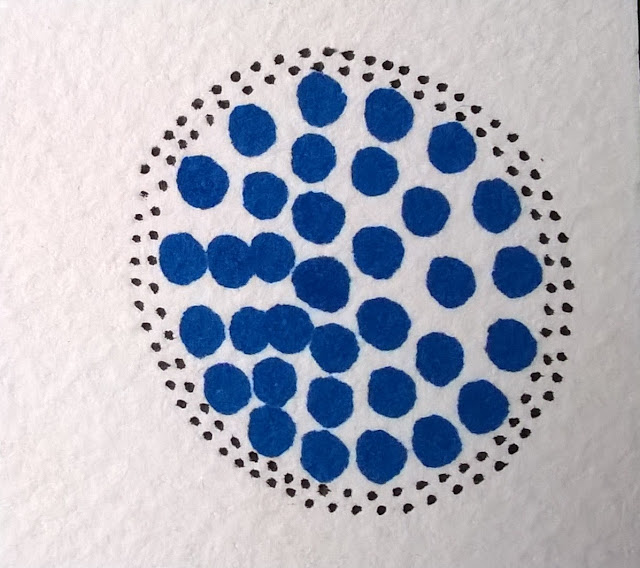 Above and below are the before and after of a small drawing I thought I might have finished but hadn't. 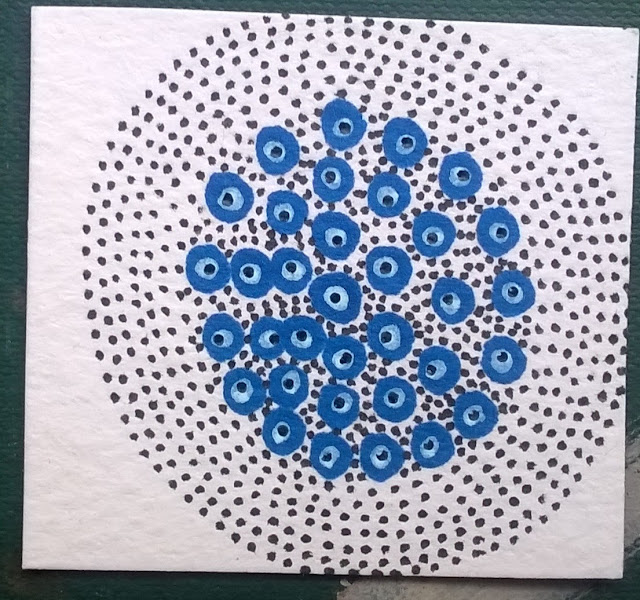 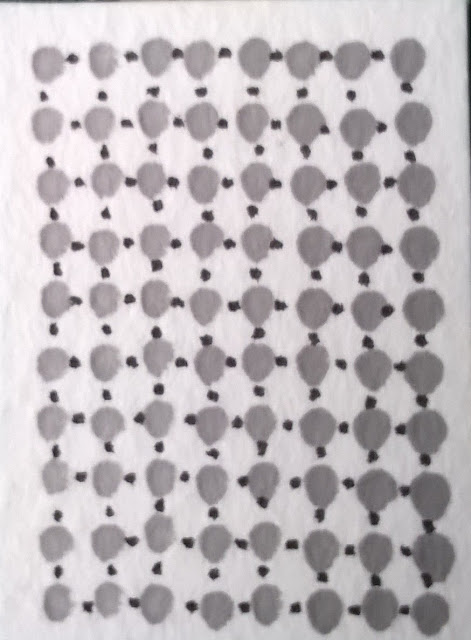 And the same again here the before and afters. 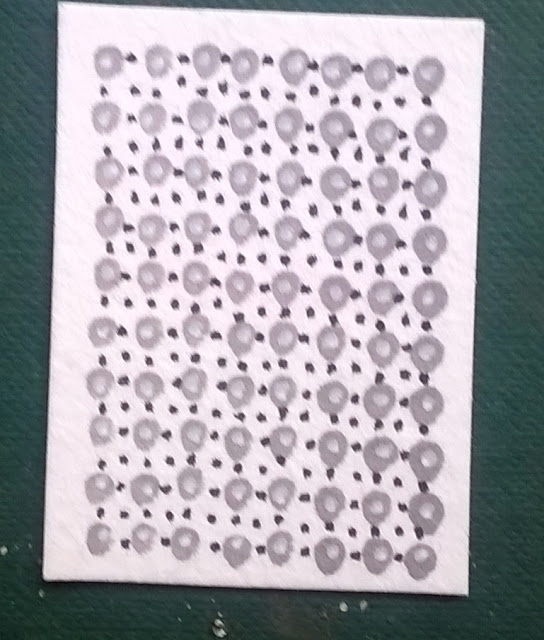 As I do nearly every week I attend my wife, Zoe Eaton's Monday morning drawing class at Barnoon Workshop however today was a little different as we were drawing on location at the Mark Dion installation at The Painting School/Porthmeor Studios. We were given the room for the drawing class, it was a little chilly but a merry band of drawers got stuck in. I manged four drawings in this session, a couple of which I am quite pleased. This is the main opportunity I have to draw 'real' things I enjoy it and it also gets my creative head going for the week ahead. Life is a bit harsh in winter here but to keep creating is good.

After the workshop we were invited to Ann Kelley's house to cast our eyes over the illustrations in her forthcoming book about her cats. She has done some lovely drawings and she asked for our honest opinion on if there were to many etc. I think we had a nice time over coffee preferring our thoughts and discussing them between us, hope it was helpful.

In the course of writing this blog I have found a photograph from possible the first New Mutants gig at The Vaults Bar Stony Stratford in second half of 1986, I believe the crude poster I drew for it is still part of a history on bands that played that venue. It was a good little gig and I have played there quite a few times. I am on the left and Dave Gatiss is on the left. 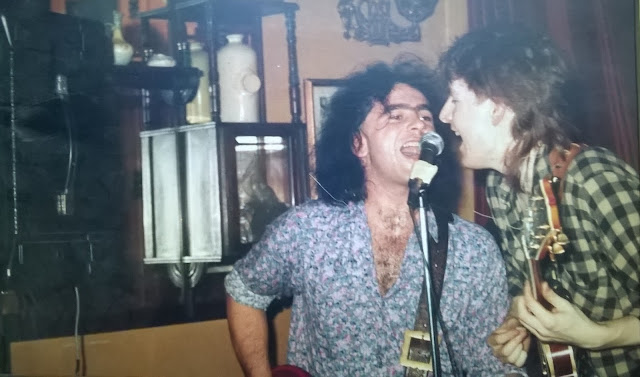