Sunday an new A1 line drawing done, pen review and the next large scale drawing. 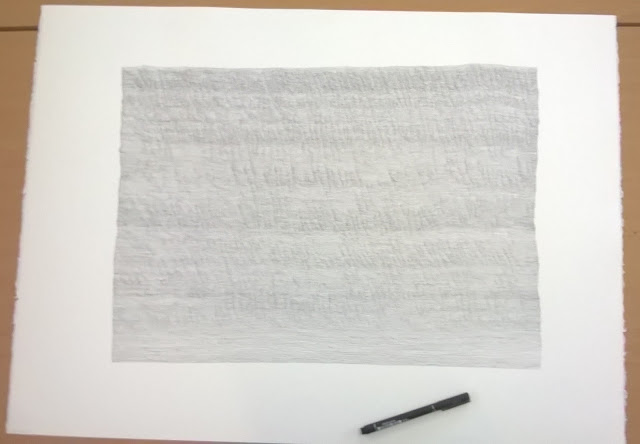 Above is the new A1 drawing I have just completed today, it doesn't show itself of best with my cam phone pic but you get the idea. It has taken quite a while but here it is. If you want to see it for real get in touch. It has taken many hours to complete this, of what was just a simple idea, it is often those ones that get me into not trouble but a huge mental task of just doing it until it is finished. The pen in the picture was used for the whole drawing, I must say I did have a spare just in case but the idea was to use just one sole pen, so well done to the Mitsubishi Pencil Company http://uniball.co.uk/ that pen you made, a uni pin Fine Line 0.1 PIN 01-200 BLACK. It did well I didn't think it would hold up for the whole drawing. Good product. 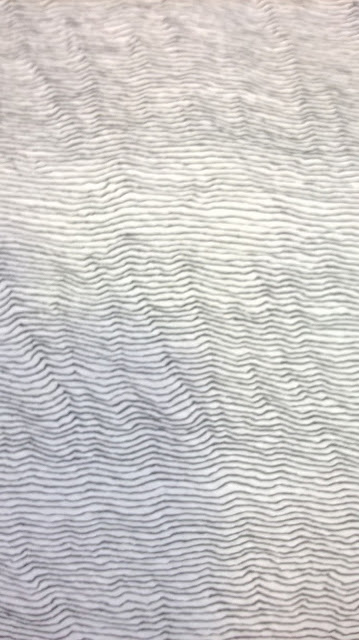 Above is another small detail to show you some of the lines more clearly and now you know why some of these things take a while. I have done quite well with this drawing neither have I counted up the time it took me or counted the number of lines it contains. I am interested and would love to know but I really can't be arsed to spend the time when I could be doing my next time consuming project.

Look at the drawing I did last year with a new set of sharpies and then I will explain what my next drawing will be with its process declared. 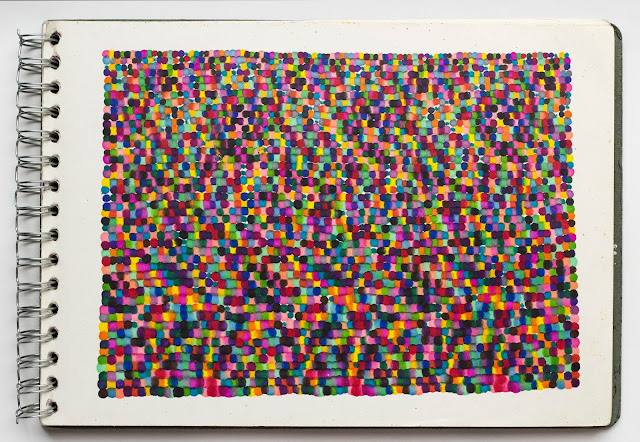 Well, there it is in my whole work sketchbook. Let me explain I was just getting to do the last drawing in this book and Rebecca my wifes daughter had bought me a set of sharpies for my birthday or was it Christmas and a sketchbook etc and I thought I would try them out. I was going to do it in order throughout the drawing but it wasn't done in one sitting and the order of the pens was never quite the same in each sitting. There are a few things about this drawing that has made it one of my favourite drawings of the last couple of years although I do have plenty of contenders. Anyway, I love as the pens get used more and more the nibs broaden and spread, This photo was taken by my friend Jordan Laurence Jackson and is very true to the actual thing. This version of the drawing is the 'bleeding narrative' reverse side of it. I love the way the ink spreads and intensifies.

Now getting back to the next idea to get on with is for my recent birthday at the end of July Zoe Eaton my wife bought me a new set of sharpies and I began to think they were destined for a larger scale riff on this one. So I am even half thinking, no half seriously thinking of numbering the pens so I can keep them in order for a whole larger work. If I don't or fail to keep them in order it doesn't actually matter just that I get the drawing started and see how it ends up. I will keep you updated with how the Sharpies hold out, let us see. http://www.sharpie.com/en-GB.