I have forgotten to take a pic of the drawing I finished in last evenings drawing session and so will have to share it tomorrow.

Today has been very much in sections. Morning sorting out the workshop and me getting ready to do my abstract drawing workshop. Helen and Linda arrived and we got stuck exploring abstract drawing, two hours flew by and I think the got a good insight into what they might do in the future with drawing and design. In the second half of the session we went on to making a larger drawing and below is the start of my large drawing and I must find time with this A2 drawing to work into it and get it finished at some point. I will keep you all updated. 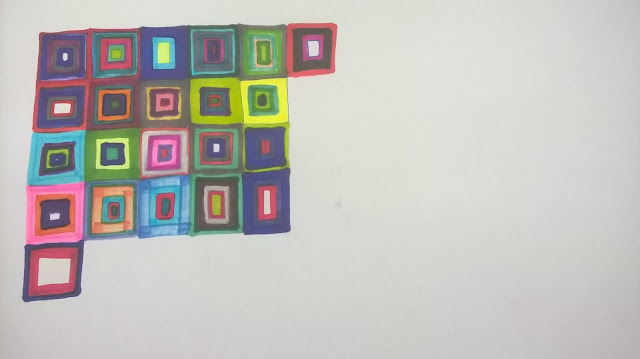 After the workshop had finished and the happy drawers went off myself and my wife went off to have a quick bite to eat, whilst doing that we bumped into a poet friend of ours, Brian Ball up from London. Nice to see him and have a quick chat, we got to know him when my wife came up with an event called free speech when we used to run CafeArt and it became a very regular event at the cafe in festival times. We had some great performances and the odd raw moment but it was a fab event for all who wanted to get up and perform something they had written. We had many new writers and readers and some very seasoned performers too. Sadly this year the event is only on once a week instead of between 3 and 5 a week as it was back in the day.

After our quick bite we then went our seperate ways as I was off to see The Three Buskerteers, Martyn Barker, Wild Willy Barrett and Mary Holland and also John the bass player.
Martyn comes from Goole but comes down a few times a year and is nearly always part of the Lit fest and the September festival he performed in the cafe a few times once with his band The Tea Band which was a great little intimate gig and in fact the next album Martyn and the Tea Band made also featured Willy and Mary and the inside pics of the band were of the band playing in the cafe with Zoe's exhibition of paintings as a back drop. Willy I first saw in my club of choice Friars Aylesbury playing with John Otway, after the split I still went to see Willy play and in whatever format he has always been most entertaining and this was just another delightful twist. It was good to see Mary and Willy playing on some tunes we have of Martyn's for the first time live. 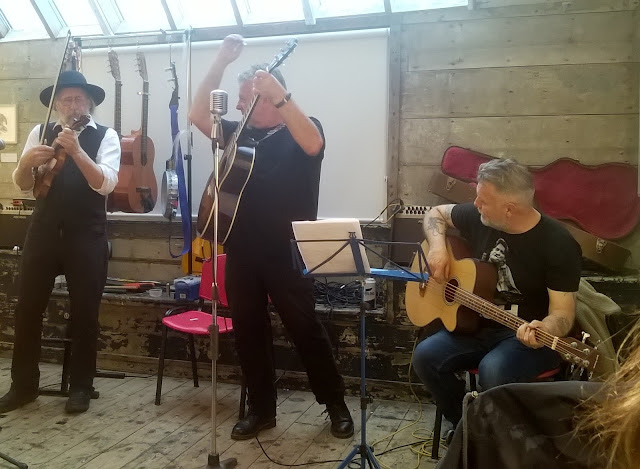 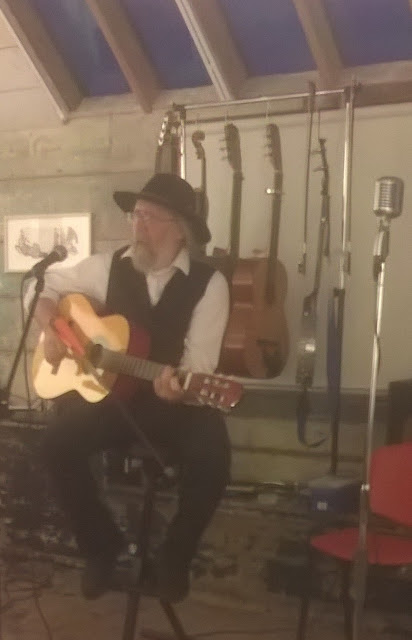 Above is Willy doing a tune that I have rarely seen him do live although I have a recording of him supposedly doing 'I Did it Otway' which is basically riffing around in WWB manner whilst sawing and abusing the guitar.

It was an excellently entertaining gig and really nice to bump into old friends at The Borlase Smart Room. Whilst I was there Zoe was up at The Halsetown W.I. doing a small plastic fusion demonstration at their meeting.

We are both back home now having watched the news and I am now ready to draw for a while.