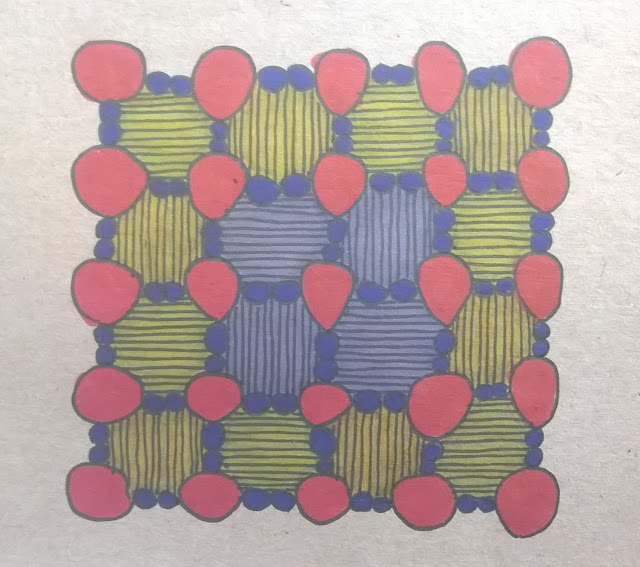 Above is a small new drawing I did in the inside of my sketchbook, I also did another drawing last evening. A small drawing although for once I had to count because it was only postcard size and took a while with 3,554 grids and the same amount of dots. However I will have to share it tomorrow. 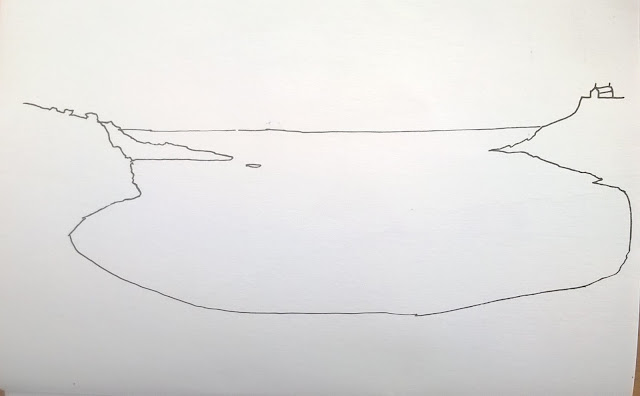 Above and below are two drawings I did in my sketchbook this week as part of my drawing tours, these were done as examples but I have also been developing different variations of the simple land and seascape, something I will continue to explore. 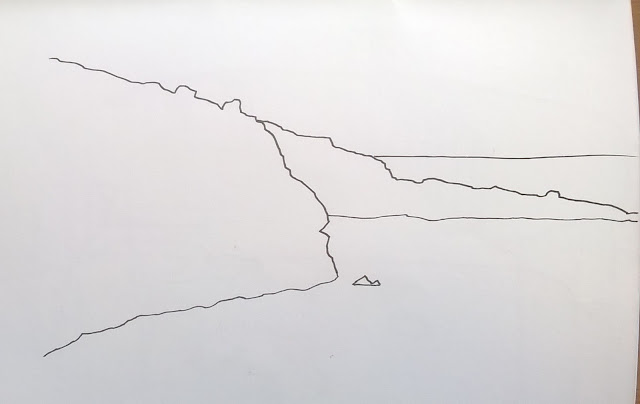 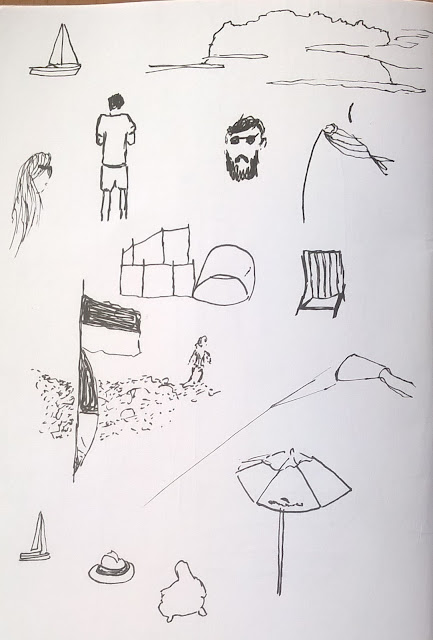 Above is a group of 'beach life' sketches randomly arranged. 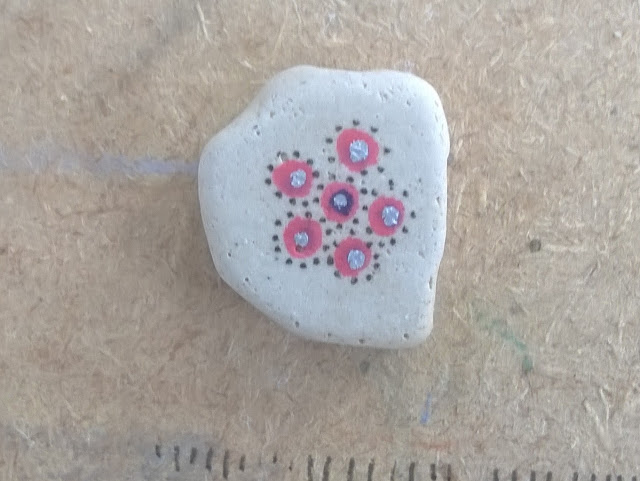 Above is a little 'art drop' present I did for one of our regular young art students who attended his last workshop this week before going home to Windsor minutes after finishing his morning art session. 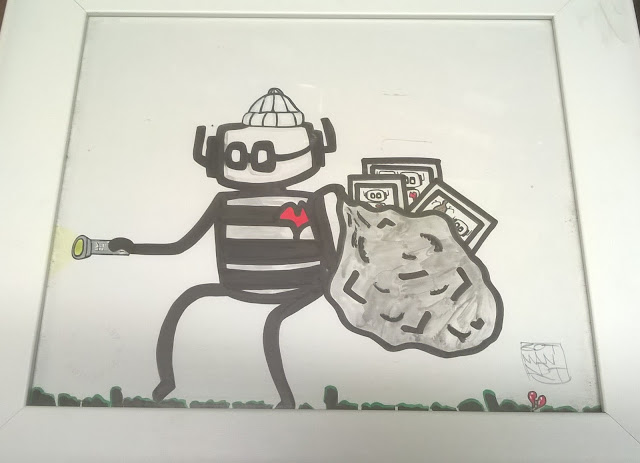 At the end of today I was re-united with an old friend....

The story behind this Botman picture is, we used to run an arts cafe called CafeArt in St Ives Cornwall and two of the most successful exhibitions we had there were by the anonymous artist Botman. We first came across Botman works that were glued to signposts etc around town and then one turned up in a carrier bag on the cafe terrance one morning. It was an early Botman signed only 'BOT' and was drawn on two small canvases. We were then approached by a third party about having an exhibition in our cafe. We had had many exhibitions by that point and this seemed fun as he was also gaining a reputation around town with some social media legend in the making.
The scene was set and it only seemed appropriate to blank out the windows of the cafe and let him come in and make his own exhibition in our CafeArt. We left the building and handed over the keys to our business for an over night stealth hang, we were not sure what we would see the following day.
On entering the cafe the following day the windows were still covered in newspaper so we could only see when we opened the door and what a brilliant reveal that was. As we opened the door the first thing we saw was a large Botman with Welcome written above the bot with a heart. There we many drawings hung in frames Botman stickers on the till the tool box and on the window frames etc.
We opened Monday morning and sales started within the hour.

Towards the end of the exhibition we got duped into letting someone take three framed drawings that we thought they had bought and spinning the line that three replacements would arrive. All the right noises were made into us thinking this was all part of the uncover vibe of dealing with an anonymous graf artist. Up until this point of the exhibition we had spares to replace sales but nearing the end we had only one or two spares left. Later we made contact with the artist through another third party to find out if it was all true and it wasn't. We were thinking of calling the Police about stolen art work and getting a crime number but we did a little research before doing that we got a message back from Mr Bot Man that he did know this person and we should not go to the authorities and the following morning three new replacements were delivered and one of them was the one above commemorating the 'art heist' with the three drawings that had been taken poking out of the swag bag.

I wonder where Botman is now, he should continue and I hope he does.