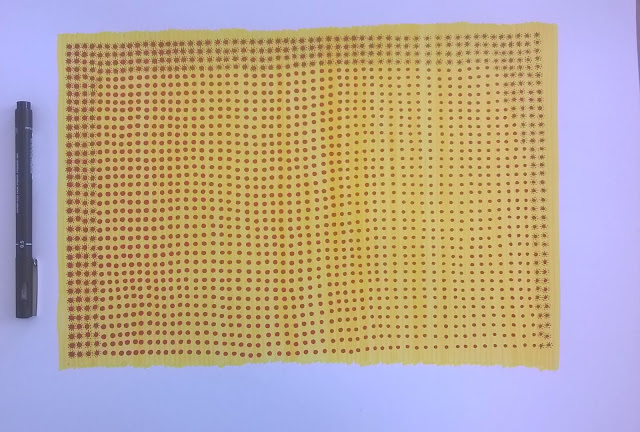 Above is one of my current works in progress, I have spent a few hours on it so far and I imagine there are a few more hours to go until completion. 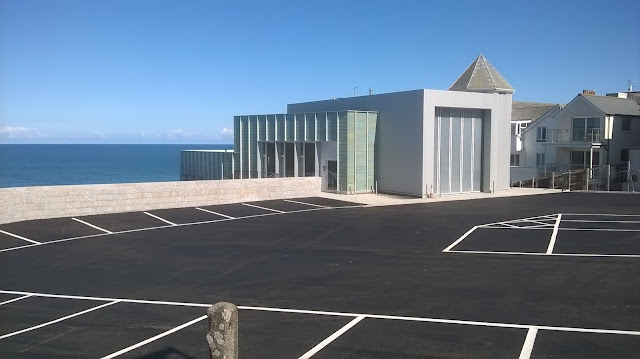 Today I spent a small time admiring our new view. In the two years or so since our business opened, we have hardly had a view of the horizon so as it was a lovely clear sunny day I thought I had better record it. Although we have still been suffering noise from the building works it is now nearing completion, we hope. Soon this car park at the back of the Tate will be open and with it back being the residents parking area more visitors will be able to park. Furthermore we also won't be having loads of contractors parked in the visitors car park increasing even more the capacity of Barnoon Car Park and making it easier for our clients to park nearer to us. After all that made the area so unsightly and at times the unbearable noise of the building works including this weeks tarmac laying. Hopefully this will all be behind us soon and hopefully we will reap some small benefit from the Tate being fully reopened. 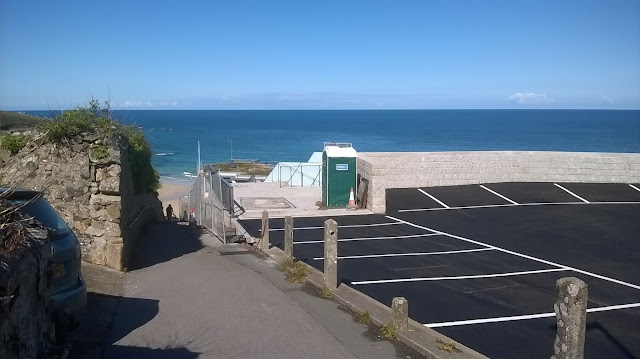 So as I had vowed to myself to visually document my day yesterday and failed because I left my phone at home. It seems as I had already been up to the workshop and documented my work in progress and then taken the new view I would continue. 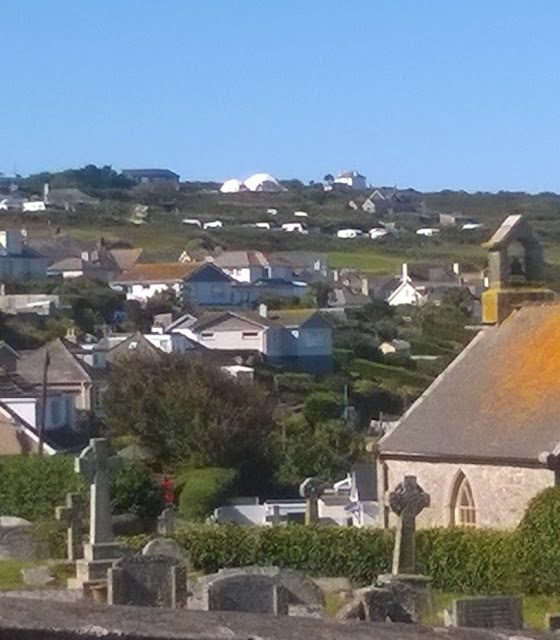 For the last few days these dome structures at the top of the pic seem to have appeared or they have just caught my eye. 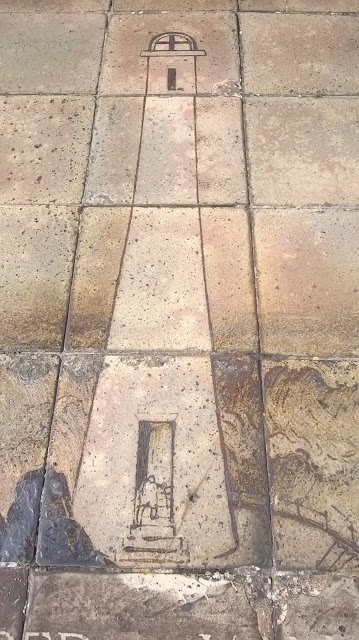 On the walk home I passed Alfred Wallis's grave. 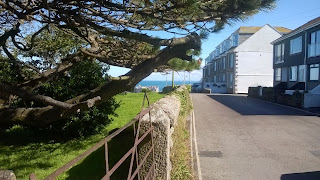 Then passed one of my favourite trees to draw at the Porthmeor Hill side of The Cemetery. 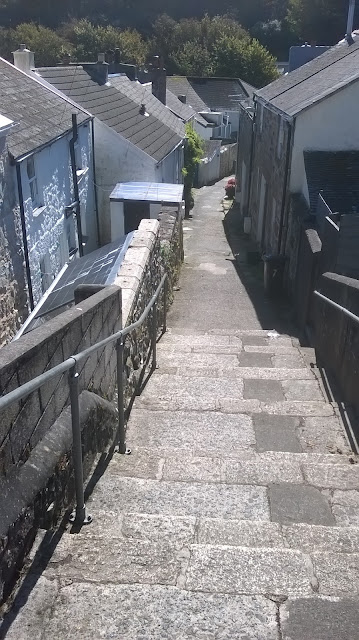 Then I went back home via the Sandow Lane Steps which have recently weeded and tended to by a resident not the council as it would have used to have been in less austere times. 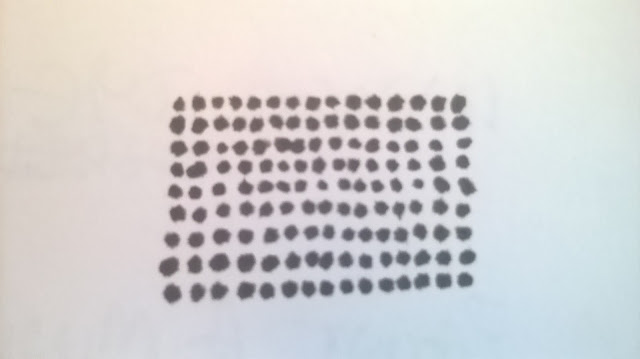 Back as we were plotting another future art idea I found a little drawing I had done in project book. After playing around with quite a few ideas we went out for a walk. 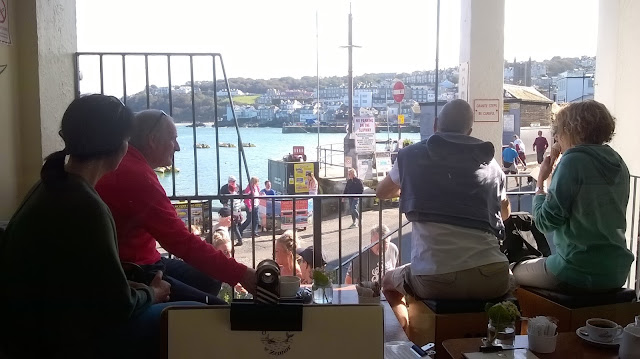 After a while after seeing Paul Wadsworth's exhibition at the Crypt we then went to the show at The Mariners. We ended up with a quick stop at Moomaid, it seemed churlish not to on such a fine day.
We relaxed and chatted more project ideas and then wended our way home. 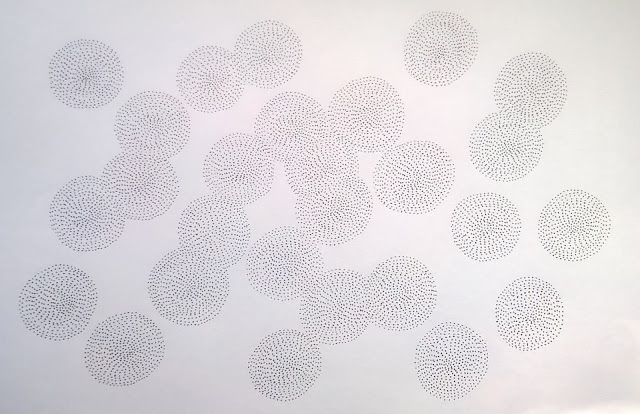 Above is another work in progress that I have at home and will continue with in a while and we will see where it goes.

I am now off to think and stuff and of course to draw some more.

Whilst I have been writing this blog I have been listening to Aphex Twin Live at Field Music, very interesting, heavy duty, sonic attack with some pure beauty and intrigue. Probably everything you would expect from Redruth's electronic pioneer.