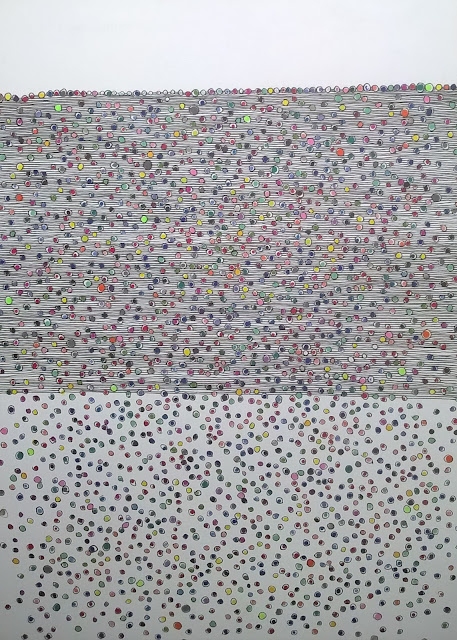 Above is the latest update on the progress of the drawing I have been doing since the latter part of the weekend. I did make good progress last evening but hey still more to do.

I took an art tour out to draw buildings today and within fifteen minutes of starting it began raining so we nipped down to The Mariners Gallery to draw inside I gave some guidance and encouragement and the next hour or so whizzed by, I go quite engrossed in the the ceiling and far end windows and did quite a few slightly abstracted drawings enjoying the patterns. 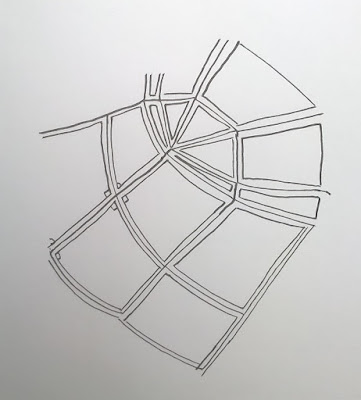 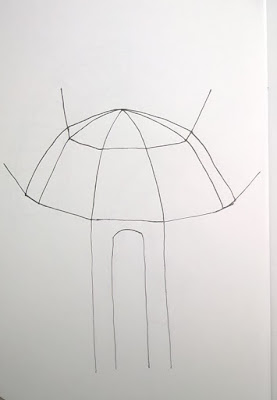 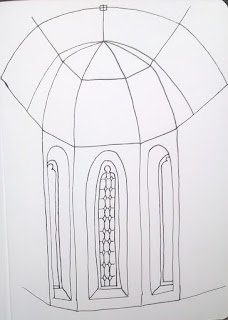 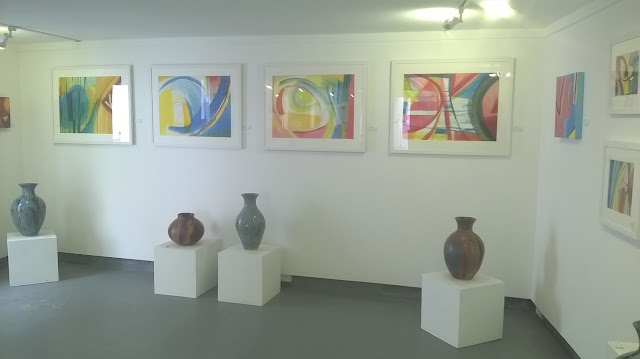 After lunch I went postering around town and popped in on Bob Deveraux's show at The Penwith Gallery, well worth a look. After I had a quick turnaround and ended up the hill for a brief rehearsal for Sunday's party gig which appears to be a bunch of us old Milton Keynes musicians, two of us live in St Ives and the other three are people drummer Tony used to be in bands with, I have only played with one of them once so first full play will be as we hit the stage. It should be an interesting hour and my first band gig since moving down here and who knows what it will lead too.