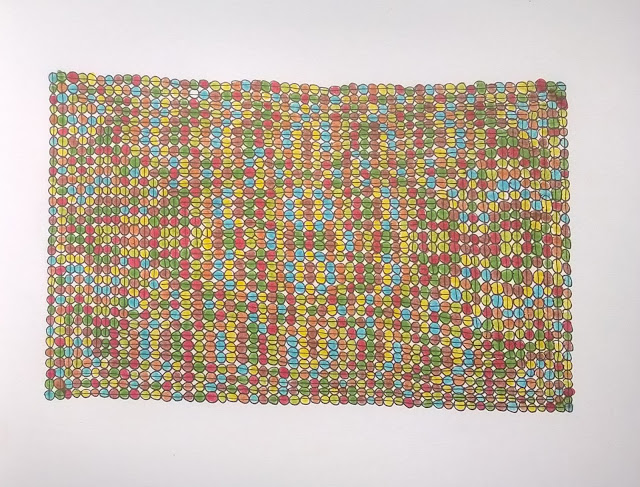 Above is a drawing I started a couple of days ago and as you can see it is now finished and I have now started the next drawing in the book and I should bring you progress on that tomorrow. 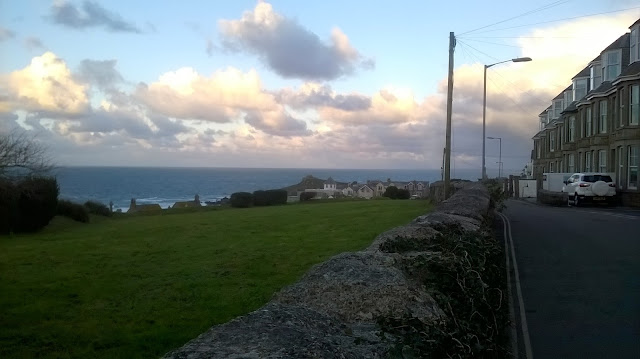 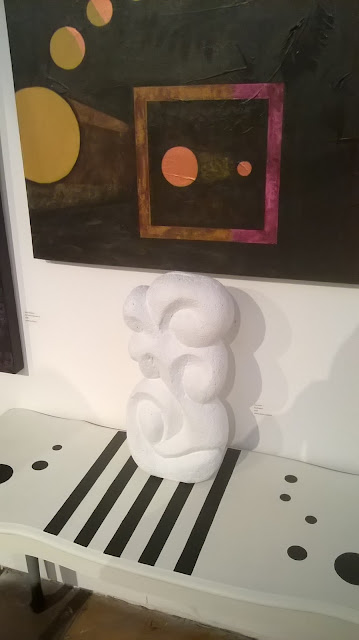 Above is my wife's sculpture that she put in and he it is looking good on Marie Keeling's table, they look good together. 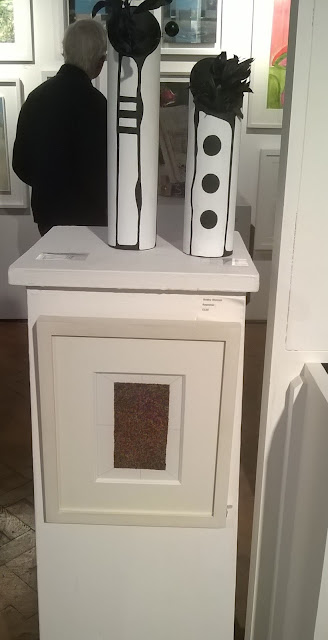 Above an below are my two entries and I think they look and different to any of the other works in the show, fingers crossed I might sell them, I have had a reasonable hit rate in the Society shows so far so hey you never know. The exhibition is on until the beginning of January and it is good to have work on show again. I always find it interesting to be in a show in a gallery that has so much history and such big names that were once members, The Society was started in 1927, that is 90 years ago.

Here is a brief history.

ST. IVES SOCIETY OF ARTISTS 1927-2008
On the 26th January 1927, the marine artist Commander George Fagan Bradshaw proposed the foundation of a society to raise the standards of the colony and to exhibit works which ‘mattered’ in artistic circles. Lanham’s Gallery was the temporary home of this fledgling Society, but by 1928 it had moved to Julius Olsson’s old studio in Back Road West. The following year all the studios were offered for sale and Moffat Lindner purchased the whole block to avoid them being turned into shops. Borlase Smart said that Lindner had prevented what might have been a serious crisis in the history of St. Ives art. Lindner was very supportive and enabled the Society to continue to use Olsson’s studio at a very favourable rent. In 1932 the adjacent studio, number four, was also rented due to the growth of the Society. Lindner became President and remained in the post for the first eighteen years.
Many Royal Academicians became members of this new Society: the leader of the Newlyn School, Stanhope Forbes, Lamorna Birch, Julius Olsson, the Principal of the first private art school in St. Ives, Adrian Stokes, Dame Laura Knight, Sir John Arnesby Brown, Algernon Talmage, Sir Alfred Munnings, Sir Stanley Spencer, Sir Frank Brangwyn, Sydney Lee, Dod Proctor, Bernard Fleetwood-Walker and many other notable artists including John Park and Borlase Smart.
The decision that transformed the fortunes of the Society was a brave one, taken in 1931 at the height of the Depression. This was to stage a series of touring exhibitions at municipal art galleries around the country; the first, in Huddersfield, was very popular. Subsequently over twenty-five separate art galleries hosted shows by the Society between 1931 and 1947. In 1947 a touring show was even staged in South Africa to coincide with the King’s visit.
Borlase Smart, Secretary of the Society from 1933 until his death, was also its later President. He was the driving force behind its astonishing early success."
If you want to read more see their website on this link http://www.stisa.co.uk/history/ 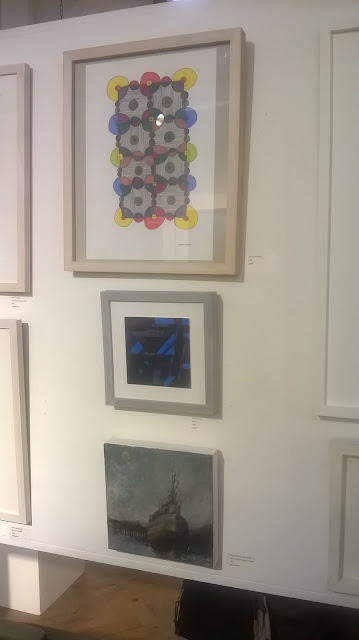 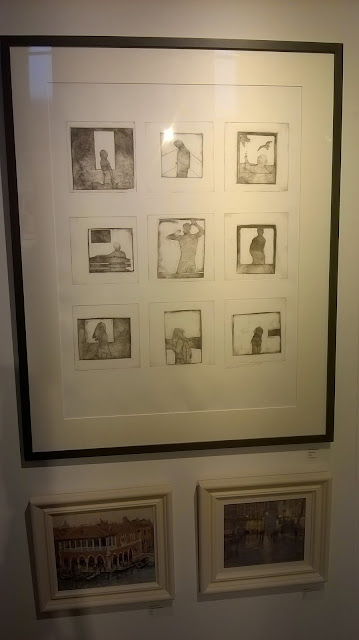 Above is one of Graham Dilley's works in the 'open' it and another one are companion pieces to the ones we saw at yesterdays opening at The PZ Gallery and it is nice to see his work in town too. 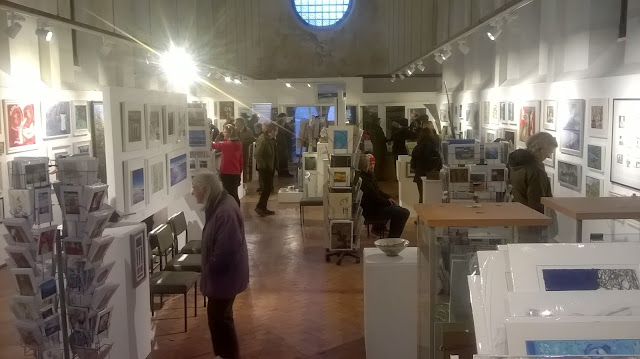 Above is a pic I took from the far end of the gallery to give you an idea of the scale of this exhibition.

I have had a nice quiet day and now I am off to draw more and get ready for a day guitar course I am giving tomorrow.