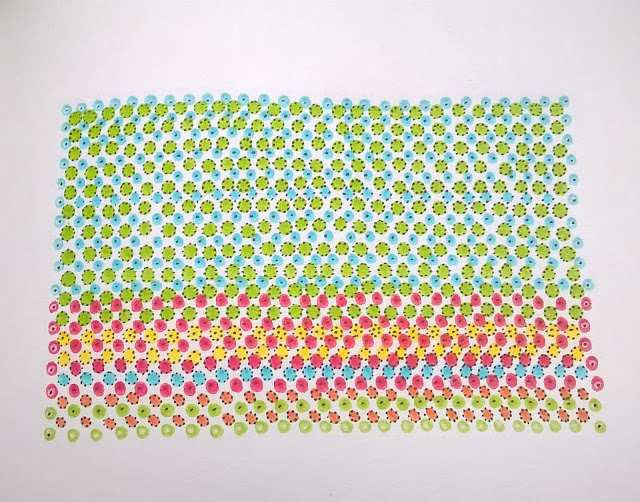 Above is a drawing I showed yesterday but it was such a rubbish image so here it is so you can see it properly. 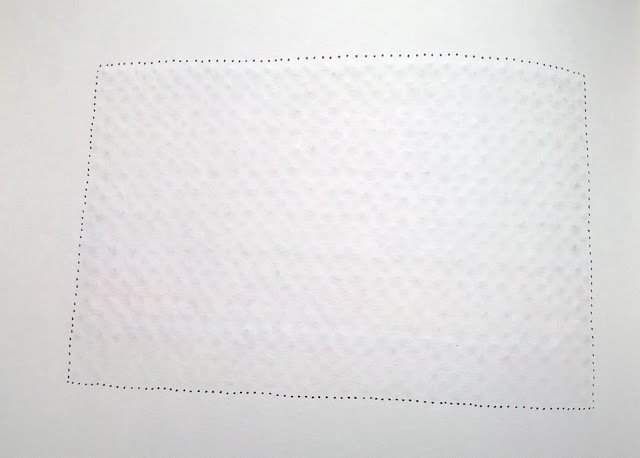 Above is the reverse bleeding narrative version of the colourful one at the top. Am I back on my minimal tip? I will let others judge from what you see below. 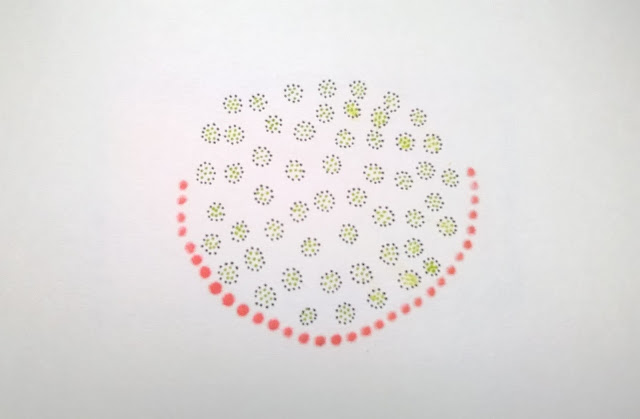 Above is a more minimal drawing that I had thought finished. The idea started from working on the one below and thinking encircling some vague impression of dots wasn't quite enough, so I thought I might add some colour then thought how that might look on the reverse and thought, go for it. The first thought was to go round all of it but as I approached half wayish I would stop, then adding the white gel pen and I went for nonconformity. 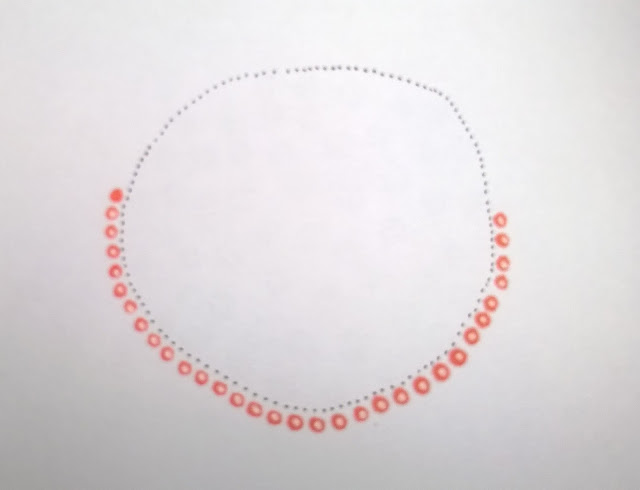 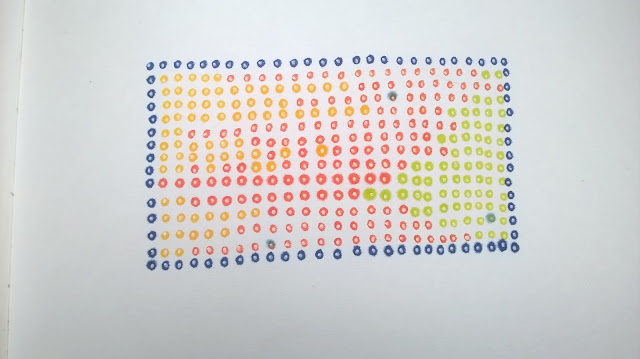 Above is another drawing  I finished last night whilst watching Friday night tele. I was especially entertained by Have I Got News For You. For some reason a Conservative politician had agreed to be on this weeks episode of all weeks. At times it look liked he hadn't even seen the program before, maybe he had just seen a trailer! I must say he made himself and his policies are right off message there were many moments that he seemed like a rabbit in the headlights and had no real answers to any of the other 'contestants'.

Every time I see this show I hear my old friends theme tune and it connects me to my musical past as another friend, Tim Searle was one of the horn section in a band I was in for a long time in what seems like another life. Viva The Blues Collective. I have great memories of touring with this band. It was such a big band, sometimes up to 23 of us. I was only a small part really, guitarist when they needed me however I still must have done a 100 or more gigs with them. They had a large catchment of players to deploy and many have gone on to all sorts of stuff, from other bands such as Massive Attack, Roy Woods Big Band, to a double Bafta winning script editor, film maker at least on author and more. It was a fab experience to be involved with such folk. 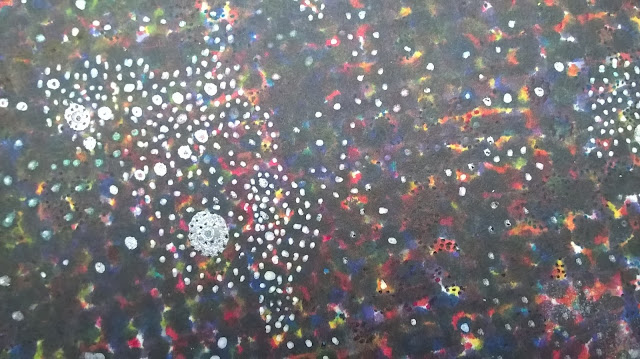 Above is another close up of my bleeding narrative stopper that I keep adding to sometime when it is not stopping anything. I have never put as many dots in such a small concentrated area. I will keep you posted.

Today started nice and slowly and then after a good vege fried breakfast, we started to get organised to get some art work done. We nipped out for supplies, we had nearly run out of coffee, eek!

So mid afternoon we had got our places at each end of the table, my wife Zoe Eaton got to finishing this little abstract beauty off. I love the way puts these colours and shapes unexpectedly together and make them work so well. There is so much to look at in this one small work. I love it and it is in complete contrast to what I have been working on today. 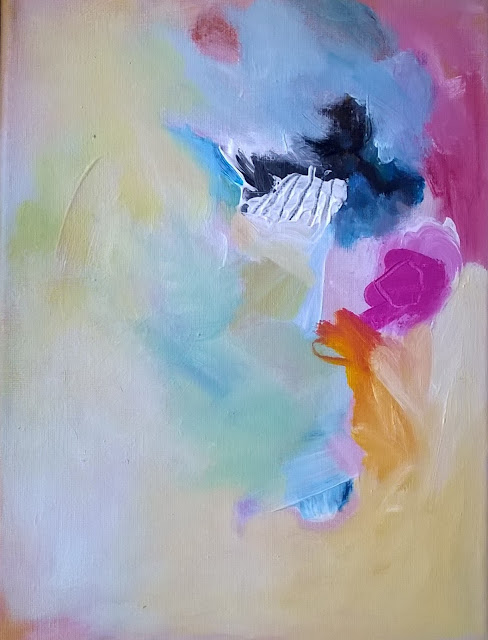 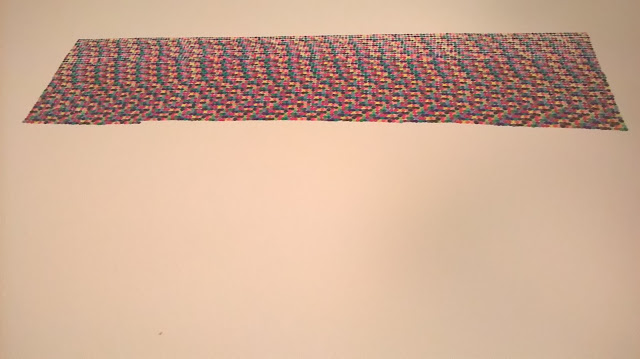 Above is my contrasting work an artist view point it. It is growing but still requires many hours work to bring the whole thing to fruition. I am pleased with it so far and every few extra hours of work done I get happier. We had the pleasure of Gilles Peterson on 6 Music as our sound track to a lot of the work today. He always plays some fascinating stuff I have never heard he also had Simon Green on who is Bonobo a musician I have followed for a long time now. The two tracks of new stuff we heard sounded as good as anything he has done so far. Looking forward to hearing the new album next year. 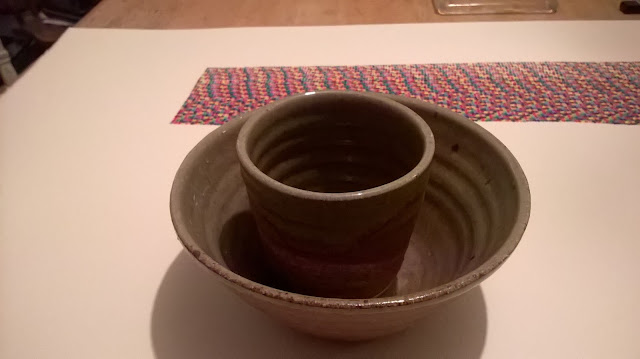 Above is the bowl that had my soup in last night at The Leach Pottery and was very happy to pay a donation for as it also comes with a handy beaker too. It might give you and idea of the scale of this work I have embarked on. 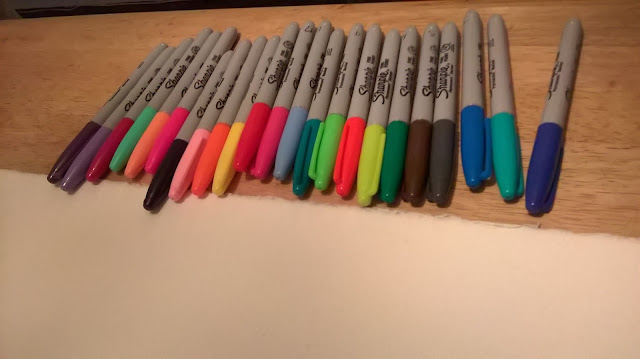 Here are the pens I have been using on this drawing, all in order all 23 of them.

See you tomorrow.
Posted by Unknown at 19:45